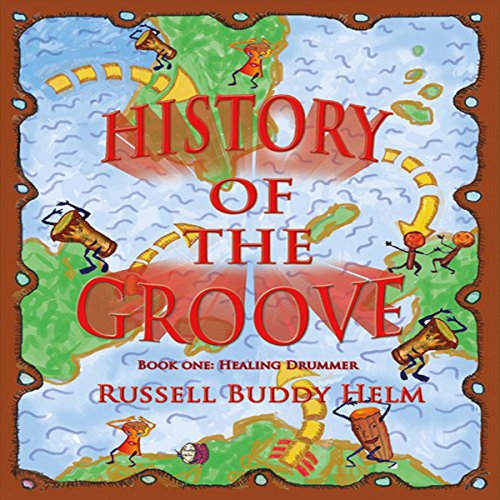 History of the Groove: Healing Drummer

History of the Groove: Healing Drummer

Russell Buddy Helm was classically trained from the age of eight and has performed and recorded with many greats: Chuck Berry, Bo Diddley, Tim Buckley, Allman Brothers, Frank Zappa, Bethlehem Asylum, Mike Bloomfield, Kinky Friedman, Big Joe Turner, and many others, and also on soundtracks for Ron Howard and other filmmakers. He wrote the Star Wars comic strips for George Lucas. He was also post-production supervisor for Dallas, Falcon Crest, Knots Landing, and other Lorimar television shows. Since 1987, he has been teaching drumming meditation in Santa Monica, California. He previously toured the US and Europe as a rock drummer in the 70s then began touring again in 1990 across the US, Australia, and Japan teaching healing drumming meditation to a growing number of people who are not always drummers, but instinctively feel the desire to play a hand drum to experience healing grooves.

As a drummer myself, I could happily reel off the names of some of the greatest players of our time (Vinnie Colaiuta, Dave Weckl, Chad Wackermann) and be fairly sure the general public has no idea who I'm talking about. I was therefore curious about this book because, despite his undoubtedly-impressive CV, I've never heard of Buddy Helm. Well, I'm more than halfway through and I still have no idea who this guy is.

This is a very strange book, and is no 'Rags to Riches' story of rock 'n roll excess, private jets or hot-and-cold running supermodels. Buddy grows up in the deep south of the USA and becomes a jobbing drummer, touring continuously with a variety of bands from the time (late 60s onward) but, despite this, never actually breaking through to 'The Big Time'. A gun-for-hire he was, and a gun-for-hire he remained. The book is unclear about whether Buddy is a drummer in the traditional sense of the word, (ie: behind a drum kit) or whether he's a percussionist. Either way, the guy never stood still, and the book charts his endless touring, road-trips and one-night stands (in the performing context) that were his life.

I'll admit I'm finding the book fascinating and hard work in equal measures. Fascinating because of the times he lived through, including a tour where it turns out the piano player was an FBI plant, sent there to 'get the dirt on the hippies'. Hard work because the story meanders around a lot, with little overall flow, and Buddy himself has a tendency to mumble. And boy, does he repeat himself, and I mean a lot. If he's told the story about the dinner where the FBI tried to recruit him once, he's told it four or five times. At one point I thought the book had jumped back a few chapters, but no.

Buddy's narration is delivered in a slow drawl, reminiscent of the Tommy Chong character from the Cheech & Chong sketches, and his tempo when he speaks is disjointed and often pauses in mid-sentence, if not mid-word.

Buddy also has that endearing American outlook where everything that's important in the USA 'must' have global consequences, and so consequently refers to Watergate as an event that 'Shook the world', and Dick Clarke (a music presenter of the late 60s) introducing Buddy's band 'to the world'. Yeah, right....

While writing this, I just noticed that the book is only 10hrs long. It feels a l-o-t longer...

Marches to the beat of a different drum

Refreshingly unpolished and not heavily edited, this book has abundant charm. It is essentially a memoir of a man who’s had very unique experiences and his attempt to understand and find meaning guided by the compass of drumming. Ultimately he turns his vocation into a tool for healing. I’m an amateur drummer and I hope to make it out to L. A. someday and take one of his workshops.