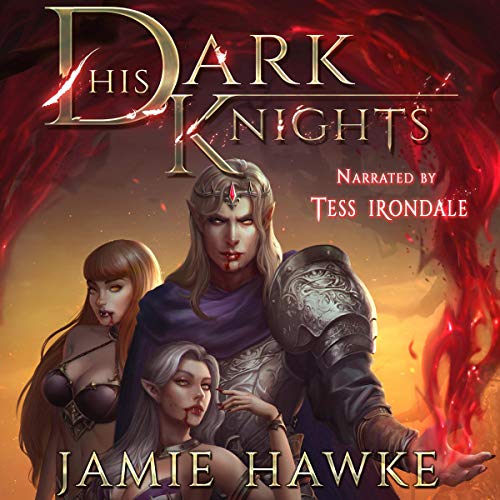 An epic fantasy where King Arthur is a vampire controlled by the curse of Merlin. A journey of love and betrayal, of dark magic, and spicy fun.

Camelot was a land of beauty and splendor. A kingdom stable in its rule with its great king and noble knights of the round table.

Except for the fact that Arthur and his knights were vampires. When he decided he wouldn't be used as a puppet for the evil Merlin any longer, Arthur set off to break free from his curse and form an army to take down the sorcerer.

Along the way, he went up against blood mages, werewolves, and a secret order of dark magic. He formed his coven and rose to a new level of greatness.

This is his tale.

His Dark Knights is the perfect story for fans of the legend of Arthur and such vampire tales as Dracula and Castlevania.

What listeners say about His Dark Knights

this book had a very good twist on a classic story. tess Irondale is 🔥 as usual i love herr narration. definitely a series worth investing in