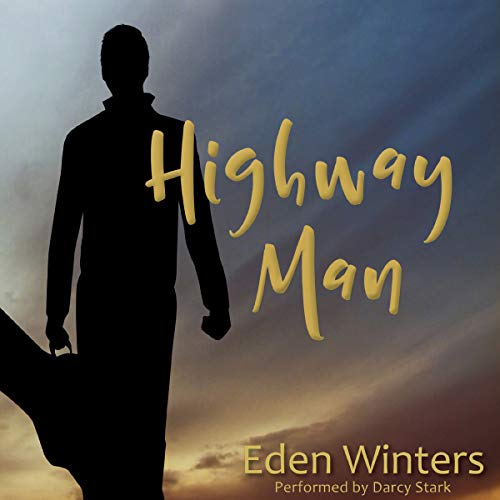 Killian Desmond’s dreams died in a flash of pain and the scream of twisted metal. He lost it all the night a tour bus sailed off a mountainside, sending his band - with his brother - to their deaths. Killian is dead, too, if the papers are to be believed, and living a half-life of odd jobs, rodeo rides, and pick-up gigs. The road that once meant freedom is now Killy’s exile. No strings, no ties, no names for the one-night stands.

Answering a tribute band’s ad thrusts him face-to-face with his past and into the arms of the one man who just might understand.

A moment in time. A moment can change a life forever. A moment can be all it takes between life or death or it can be a moment spent day dreaming. Highway Man shows us just how much certain moments change us.

We all live with regrets. The coulda, woulda, shouldas. Killian Desmond lives with his regrets daily. Regrets for not saving his brother, not seeing his pain. The pain of that horrible night a few years back when everything changed so drastically - in just one moment.

Back then he had it all, the money, fame and the freedom to play the music that played in his mind. Now he's a shell of his former self. The world believing him dead and living day to day with no real plan or joy. He's merely existing. All that changes when he answers an ad for a musician for a band in a no name town in the middle of nowhere. The book spans over a very short time, only a couple of days. But over those few hours, Killian's life changes dramatically. For one, he learns the name of what was supposed to be a one night stand.

I loved that there was no insta love between these men. They weren’t forced to become something that they weren't. Nor were there only lust and attraction between them. There was a connection, a start and a promise for something more, something deeper than the quick tumble that they originally planned for. And when we leave them rolling off into the sunset it is with that promise. Promise of living life to the fullest and the possibility of something more between them.

Darcy Stark narrated this book really well. He kept me captivated from the very beginning and all through the book. There were times that I might have preferred a bit more emotion in his narration, but that didn't keep me from loving this book or rooting for something good to come to Killian.

Highway Man might have been a short story, but it was a story that in no way felt incomplete of rushed. It packs a punch with a lot of feelings, and was just a great listen.