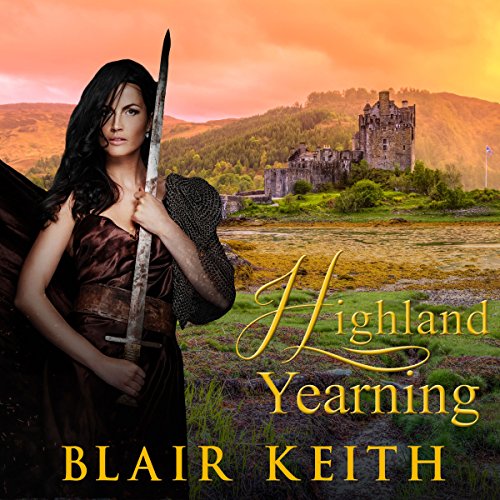 Bethia became betrothed to Ivar, successor to the Lairdship of Caithness, when they were younger. She dislikes Ivar immensely as he is jealous, possessive and arrogant. When he is sent away for many years by his father, Bethia rejoices.

But 10 years later, Ivar is back, having grown into a handsome leader, preparing to take over the lairdship. As the clan gathers for Ivar's return, Bethia does not want to see him. But when she sets eyes on him, her heart is taken aback. But Ivar wants nothing to do with her.

As time goes by and Ivar turns his affections to other women, Bethia loses hope, scolding herself for falling in love with a man who does not want her. Bethia's feelings for Ivar soon turn her into a jealous and possessive woman, traits she had loathed in Ivar years ago.

But when Ivar is sent back to the new lands to do battle, a terrified Bethia realizes that Ivar might not come back to her, and vows to do what it takes to win Ivar back, before it is too late.

What listeners say about Highland Yearning

This reader has a stilted, almost sing song way of performing the story, with trite, stereotypical ways of interpreting the characters. Her mispronunciation of simple words is annoying — “aks” for “ask” is the most egregious. I really cannot comment on the story, since I would lose track of the dialogue and narrative. There was no effort to use any kind of Scots brogue. When the reader used the Scots word “Ken” meaning “know,” I waited for her to say “Barbie!” I will return this novella.

Gave 4 stars bc didnt want to penalize the Author for the narrator's horrible performance. 8 minutes into the book I took 2 aspirin and deleted the book. I usually overlook mispronunciation as regional variations, but 8 min of "ax" instead of ask and I couldn't take anymore.

The worst narrator ever

This was the worst narration I have ever heard. The narrator sounded immediate, she could barely read and could not correctly pronounce a .lot of the words.