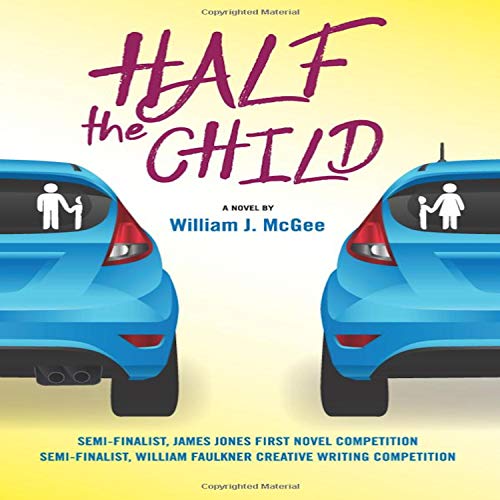 By: William J. McGee
Narrated by: Kieran Larkin
Try for £0.00

Half the Child takes place over four consecutive summers in the lives of Michael Mullen and his son Benjamin, who ages from two to five. Mike is an air traffic controller at New York City's LaGuardia Airport, who is also pursuing a graduate degree in psychology. He and Ben's mother are about to divorce, and the legal stakes keep dramatically increasing, ultimately culminating in abduction.

The battle for Ben negatively affects Mike's career, education, financial state, friendships, romantic life, physical health, and emotional well-being. Refusing to relinquish his parental rights leads Mike to personal bankruptcy, temporary homelessness, potentially catastrophic errors at work, and suicidal depression. Yet he steadfastly refuses to consider a life that consists of living apart from his son. With courts continually ruling against Ben's father, it remains uncertain if their bond will survive. Ultimately, they will write their own love story.

What listeners say about Half the Child

William McGee’s story of a father’s custody fight for his son is not always easy to listen to, because you feel the pain of the protagonist, Mike, fully - in every chapter. However, understanding that this is a journey that countless fathers and mothers endure for their children make this an important -if not urgent- listen. Highly recommended.