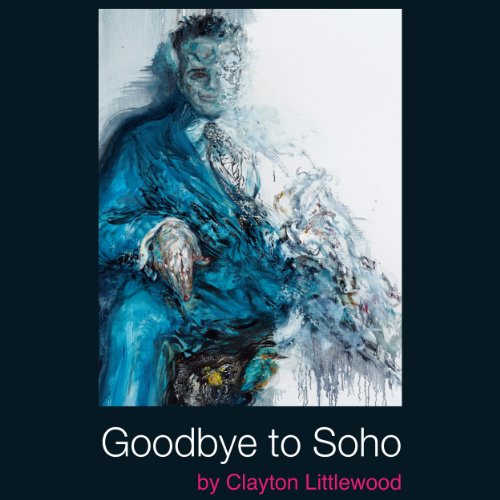 Business in London's Soho is not going well and the designer menswear shop that Clayton Littlewood runs with his partner, Jorge Betancourt, is under threat. Will they survive?

Following on from his award-winning diary Dirty White Boy: Tales of Soho. Littlewood is back, watching the hookers, the gangsters, the rent boys and following the same strange characters who make up this strangest of villages. Will eccentric artist Raqib Shaw continue on his path to artistic immortality? Can Sue and Maggie, the Soho madams, keep the law at bay? What will become of Chico, the imprisoned ex-Diana Ross impersonator? And what of the Prince of Soho himself, Sebastian Horsley? Will America welcome him to its shores?

Goodbye to Soho is a snapshot of modern London - a Samuel Pepys diary for the Soho subculture.

"Clayton has been seduced by Soho's sleazy magic and through him so are we." (Marc Almond)
"As scurrilous and entertaining as ever." (Rupert Smith Man’s World)
"Like Isherwood's Berlin, Littlewood's Soho comes to life right off the page." (Jonathan Kemp London Triptych)
"A frank, funny and moving read."(GT Magazine)
"Enchanting and addictive...earthy, scurrilous and never dull." (West End Extra)
"That dirty old whore Soho has no better pimp than Clayton Littlewood." (Tim Fountain Resident Alien)
"Beautifully composed vignettes...observed by a ravenous, compassionate, amused voyeur of the first rank." (Nicholas de Jongh Plague Over England)
"Downright Dickensian...not simply a good writer but a great writer." (Polari Magazine)
"Clayton captures the beggar’s humanity and the hooker’s humour with warmth that can bring a lump to the throat or leave one roaring with laughter." (Twisted)

What listeners say about Goodbye to Soho