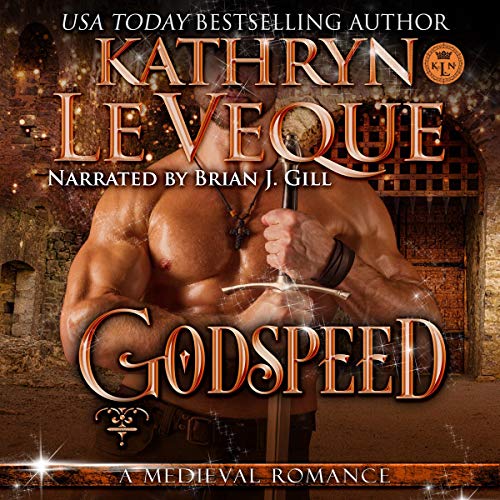 1215 A.D. - Dashiell "Dash" du Reims is the eldest son of the Earl of East Anglia and a cousin to the great House of de Lohr. Much like his warring and politically-involved cousins, Dashiell is also waist-deep in the political turmoil that is sweeping England at this time. As the Captain of the Guard for the powerful, and senile, Duke of Savernake, his is in the middle of the baron's rebellion against the king.

Although his de Lohr cousins have been trying to lure him over into serving Christopher de Lohr, the greatest knight in the realm, Dashiell is reluctant for one very good reason, a woman. Specifically, the duke's youngest daughter, the lovely and sweet Belladonna. With the duke's senility, there is an undercurrent movement from within the family to usurp the duke by two of his ambitious sons-in-laws. As a man with only three daughters, the husbands of the older daughters are plotting to steal the duke's power and his seat, and Dashiell is the only thing that stands between them and the mad duke. He is also the only thing that stands between their wicked intentions towards Belladonna. Nothing will get past Dashiell when it comes to Belladonna, not even men who technically outrank him. He'll fight to the death.

Soon enough, the evil husbands are plotting to be rid of Dashiell as well, but not if the powerful de Lohr family has anything to say about it. Enter a world of grand medieval pageantry, passion, battles, and politics in Dashiell and Belladonna's story, where love is the only thing that truly conquers all and family bonds are the strongest of all. It's an all-out knightfest in this glorious medieval epic.

What listeners say about Godspeed

I love this story.
Medieval romance at its finest, le veque knows how to write a great story. I also love, love, love this narration, his other works are super too.

The rating would have been much higher but for the fact that Chapter 28 is in fact Chapter 22. As I have read the book more than once I knew a chapter was missing but then found it at the end. I have contacted Audible and they are looking into the problem so hopefully I will be able to revisit my review.

Godspeed is a great story by Kathryn Le Veque and Brian J. Gill is one of the best narrators. He has an amazing voice.

What a fantastic exciting tale that Kathryn has spun. There is a little of everything with great emotion instilled by her brilliant mind. Brian J. Gill narrated it with his amazing accent to bring it to life.

I thoroughly enjoyed this book. It did not make me want to listen straight to the end and it is not one I desire to listen to again. However, it was enjoyable.

I'm not even sure what this book was about. I don't know if it was the narrator, story, or combination, but I tried to listen to it several times and kept starting it over before I gave up. It starts out with characters at the aftermath (or wrap-up) of an intense battle, lots of dead and such. Then describes a woman with the name of a deadly flower and a knight who thinks he's not good enough/too old for her.. and then an unhappy sister(?) (maybe cousin) in a loveless marriage. I really like this author... but something in this one was just put my mind to sleep. I couldn't get past chapter 2.

Time and time again Kathryn le Veque leaves me breathless. I've read this book twice and now listened to Brian J. Gill spinning his magic to make this story one of my top five favorites. It is a tale of deep love, unflinching loyalty, heroism and the greatest bravery in the face of treachery and war. Unforgettably beautiful. Read it!

A mediaeval tale of the highest order!

A ruthless Lord, using the illness of the senile and dementia driven old Earl, had married the heiress to the ... fortunes. Not content to inherent at the death of the Earl, he proceeded to place the old Earl in situations that could cause his death.
However, the Earl's Captain of the guard, had fought against this evil. As time goes by, the heir apparent starts to throw caution to the wind, lusting after the prestige of the Earldom for himself.
There are other background stories going on, whilst this titanium struggle occurs. So drama abounds, and the reader is kept in a mesmerizing haze of incredulity at every twist and turn this tale takes.

One of her best book ever.

Love love this book. Dash and Belladonna won my heart along with Bent and Lilly. I was so afraid this this book was not going to have a happy ever ever ending. Kathryn le Veque has a way of writing to holds you enthralled until the very end. All the characters in this book had such great depth even the bad guys.

I have always been a fan of Kathryn Le Veque.
So I’m disappointed that what use to be
story’s of intrigue are now just quick silly
dramas . I remember not being able to
quit her story’s now they are so repetitive
I can’t make myself finish them.
I will say Brian J. Gill is the only reason
I listened as long as I did!
I miss the old Kathryn