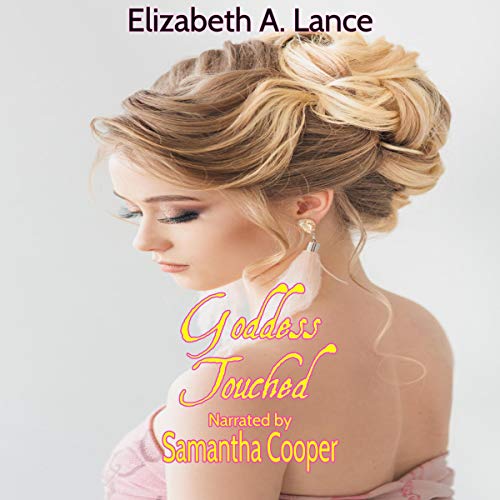 By: Elizabeth A. Lance
Narrated by: Samantha Cooper

Twenty-one years ago, Minerva, Venus, and Apollo gifted a baby with special attributes. Now, she's all grown up.

Moira McCain is known as the Goddess of the Silver Screen; little does she know that her natural abilities aren't exactly natural. She's just finished starring in the next summer blockbuster, and now, she's on her way to begin a USO tour where she will sing and entertain the troops.

Mars, God of War, has been working nonstop, keeping an eye on all conflicts and giving brave soldiers courage. Now, Minerva is recommending he take a break. Just a weekend to relax and refresh. He heads down to join the Hundred and First Air Force Division for their R&R. What he doesn't expect is to find the love of his life.

But how does he tell her she's more than human and ask her to give up her life on Earth to join him on Olympus?