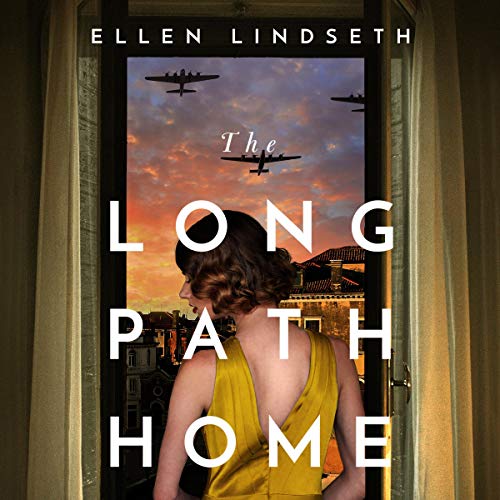 A young woman on the run finds a second chance in World War II Italy in a thrilling novel of love, intrigue, and redemption by the author of A Girl Divided.

1944, Chicago. From desperate small-town teen to star of the burlesque circuit, Violet Ernte has survived tough choices and more than one reinvention. Now, framed for an underworld murder, she has one way out: agree to keep Marcie, a reckless USO showgirl and mobster's daughter, on the straight and narrow. Vi's new act: play innocent ingenue and join the all-American song-and-dance troupe bound for overseas to a war-torn Italy.

When a USO headliner goes missing soon after landing, the disappearance has treacherous implications for the entire troupe. With Marcie's safety in peril, Vi turns to battle-roughened army sergeant Ansel Danger for help. But getting closer to Ansel means exposing her past and her double life of scandal and deception. And in a heartbeat, she could lose everything.

Defiant and resilient, Vi is used to taking risks. This time it's for redemption. To love, and to be loved. And for a second chance at a future she thought was lost forever.

What listeners say about The Long Path Home

Everything about this novel was enjoyable and plausible. Excellent! The narration. was. a winner too. I highly recommend this lively war story.

The author has written a brilliant novel of suspense and intrigue! The narration is superb! You won't be disappointed with this purchase!

Everything about the main character is dramatic and overdone. I liked the story enough to stick with it, yet found myself rolling my eyes at the constant and extreme thoughts of Vi.

I really appreciate the main character being a strong and independent woman in a time where it wasn’t the norm.

I loved this book. This is the second book by this author, and loved the themes of strong women, growth, and coming into ones self from her first book that I hoped she would hit it out of the park with this book - AND she delivered and then some! (with just the right amount of PG-13 kissing and racing thoughts that you FEEL for the characters). This book is centered around a Burlesque dancer in Chicago in the 1940s. The war seems never ending and a gal has to support herself anyway she can. Through some luck, both good and bad, she finds herself suddenly thrust into war torn Italy, where she finds mystery and intrigue, personal growth, romance, and ultimately she finds 'herself' again. I highly recommend this book!