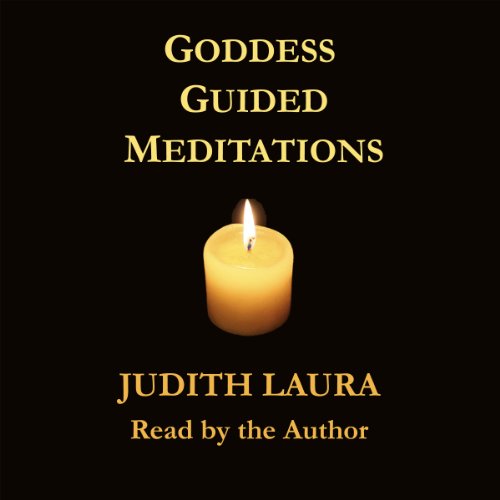 Goddess Guided Meditations contains meditations for use by both individuals and groups. Prompted by fans who wrote to her about the value of the guided meditations in two of her print books and suggested an audio version of the material with her as narrator, Judith Laura gathered all 20 guided meditations from She Lives! The Return of Our Great Mother and Goddess Spirituality for the 21st Century - and added to them 5 previously unpublished meditations.

Goddess Guided Meditations contains these 25 meditations, including meditations of general interest such as moon phases and seasonal celebrations, as well as those of more specialized interest, such as Goddess concepts, environmental concerns, and deep metaphysical work. The latter includes the author's egalitarian re-visioning of Kabbalah introduced in Goddess Spirituality for the 21st Century. The audiobook format will be appreciated by all those who realize that meditations heard spoken aloud increase and deepen in meaning and effect, and will be especially helpful to people in solitary work and those leading groups who want a format where they themselves don't have to read while meditating.

Finally a guided meditation that is not ruined by using distracting and unnecessary background music. Neither does the narrator fall into the trap so many others do when narrating meditations of using a dull, monotone voice which then becomes a distraction. Instead she speaks in a natural clear tone when narrating her excellent guided meditations. The meditations themselves take you through entire journeys of discovery and I will listen to them over and over again.

Calming, feminine, poetic guided visualizations unlike any others I have in my library. The narrator's voice is smooth and rich. I recommend.

meditations build slowly. it took me a while to get into this recording but it's well worth it.