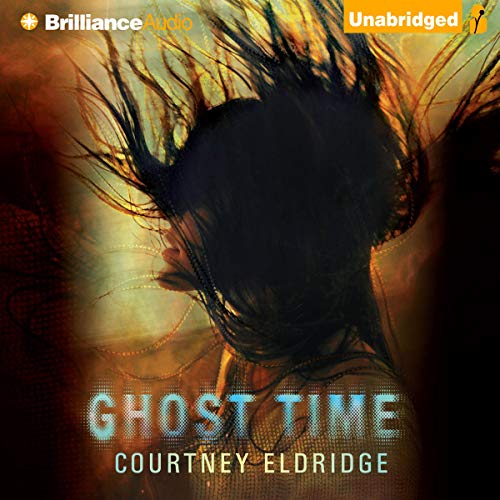 By: Courtney Eldridge
Narrated by: Jorjeana Marie
Try for £0.00

Thea Denny hates the tenth grade, and her home life isn’t easy. But she’s passionate about making art — and about her math-genius boyfriend, Cam, a recent transfer to her upstate New York high school from California. One day Cam mysteriously vanishes — and then things really get weird. The stars on the school flag go missing, eerily cut out. Intimate videos of Cam and Thea start going viral online — videos they never took. The FBI gets involved. And Thea can hear the voice of Melody — a beautiful, disabled girl her age, whose illness has left her mute since birth. Cam once claimed to be the world’s foremost hacker. . . . Is he trying to reach her, send her a sign — or is Thea losing her mind?
©2013 Courtney Eldridge (P)2013 Brilliance Audio, Inc.
Literature & Fiction Mysteries Teen & Young Adult Science Fiction & Fantasy Fantasy
Show More Show Less

What listeners say about Ghost Time

Not a great reading experience.

While I ended up kind of appreciating what Ghost Time tried to do, I really cannot recommend it to anyone.

Ghost Time commits the cardinal sin of YA literature - it spends its entire (and frankly excessive) length setting up a series rather than focusing on being a compelling, worthwhile read within itself.

Several mysteries are established and many, many characters are introduced only for the book to end on a cliff-hanger….and the second in the series isn’t due for publication until TWO YEARS after the first!

This indulgent and self-important attitude towards reader experience seemed to permeate the novel with its meandering pace and disengaged tone.

As I said, I didn’t mind Ghost Time in the end but it was a hard fought battle to get there and I doubt I’ll have the patience to sit through the next book if/when it ever arrives.

Finally, I strongly recommend checking out an audio sample or maybe picking this up in paperback if you do want to check it out.

The language is intolerable, especially at the beginning.

Yes, that is literally how it reads – every sentence punctuated with rights, txtspeak, you knows and other verbal ticks. And for some reason the author has all the characters ‘think’ what they’re going to say and then still put it in as dialogue immediately after!