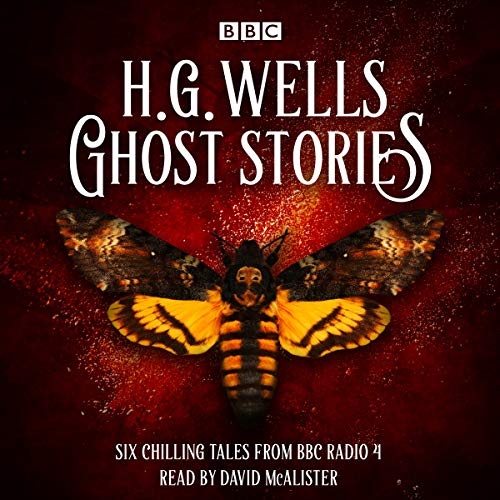 David McAlister reads six supernatural stories from the author of The Time Machine and The War of the Worlds.

Best known for his science fiction, H G Wells was also a master of the ghost story, producing numerous tales of the Gothic, the eldritch and the uncanny. These six stories, ranging from the humorous to the horrifying, epitomise the very best of Wells’ occult fiction.

'The Moth'
Two entomologists are embroiled in a scientific feud. When one dies, the other believes he has discovered a rare new species....

'The Story of the Late Mr Elvesham'
A medical student gets more than he bargained for when he accepts an old man’s bequest.

'The Temptation of Harringay'
Struggling with his latest portrait, an artist is shocked to find it taking on a distinctly diabolical air.

'The Inexperienced Ghost'
A man encounters a timid spirit haunting his club and helps him out - with dreadful consequences.

'The Stolen Body'
A psychical researcher attempts an out-of-body experience, with terrifying results.

'The Door in the Wall'
Lionel Wallace is haunted by the memory of a green door in a white wall, leading to an enchanted garden. Can he ever find it again?

What listeners say about Ghost Stories by H G Wells

Flawlessly read by the peerless David McAlister. Not scary tales, nor are they meant to be, rather the struggles of the unhappy.

I enjoyed listening to these old-style tales from H G Wells, none of which I had heard before. Coming in at one hour and twenty minutes I powered through this in one day during my commute. The narrator was excellent and did some great voices for the stories. Recommended!