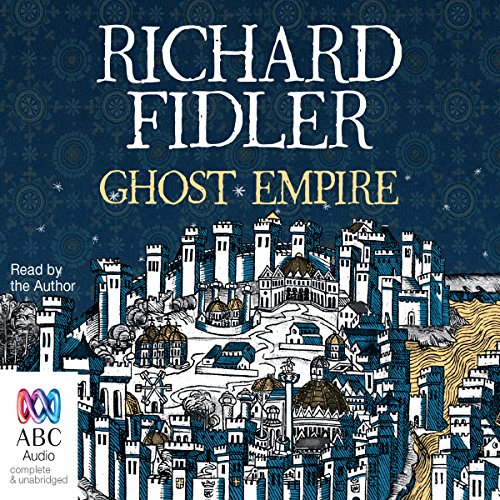 Ghost Empire is a rare treasure - an utterly captivating blend of the historical and the contemporary, realised by a master storyteller.

In 2014, Richard Fidler and his son Joe made a journey to Istanbul. Fired by Richard's passion for the rich history of the dazzling Byzantine Empire - centred around the legendary Constantinople - we are swept into some of the most extraordinary tales in history. The clash of civilisations, the fall of empires, the rise of Christianity, revenge, lust, murder.

Turbulent stories from the past are brought vividly to life at the same time as a father navigates the unfolding changes in his relationship with his son. Ghost Empire is a revelation: a beautifully told ode to a lost civilisation, and a warmly observed father-son adventure far from home.

What listeners say about Ghost Empire

A well written and well narrated book which brought history to life with a breath of fresh air and a father and son rite of passage. Absolutely loved it and highly recommend.

What did you love best about Ghost Empire?

Well written and read by Richard Fidler. A fascinating history of a strategic, important city, inhabited and fought for by diverse cultures.

It is such a pity that Constantinople and Byzantine are pronounced with incorrect emphasis. As they occur frequently it becomes annoying.

Very much enjoyed the exploration of an old city. The movement between the contemporary and the past was presented in a way that pulls you in. I have wanted to do something similar but Erdogan and the occasional crack downs give me pause. As does all the rest of the regional chaos. The trip to Roman ruins is on the list and this book upped the desire factor.

Interesting story by a great storyteller

Interesting history of Byzantium combined with a travelogue of Istanbul and Rome. The author is an excellent and captivating storyteller with a great ability to weave a complicated yet easy to follow story. His depiction of the Fourth Crusade is probably the best I've heard and truly captures pointless tragedy of the affair. He doesn't dive into as great of detail on some issues that other histories cover, namely the theological disputes, but that is probably for the better in keeping the story moving. Definitely recommend.

The journalist Fidler does a really wonderful and entertaining presentation both in content and narration. Like an excellent song sung by the songwriter, Fidler imparts emotion at the level the text demands. There may be new things for Byzantine history buffs but mostly is is enjoyable the way he put it together. Everyone who loves history whether you care for Byzantine history or not should listen. It will grab you from the start.

Richard Fidler is such a compelling narrator. his enthusiasm for the story behind this fascinating place is infectious.

I was very much looking forward to this book - very, very much - but the outdated gender philosophies around father/son relationships and the narrator's dull and charmless delivery made it impossible to get through chapter one. I'm going to try again in hard copy. Maybe.