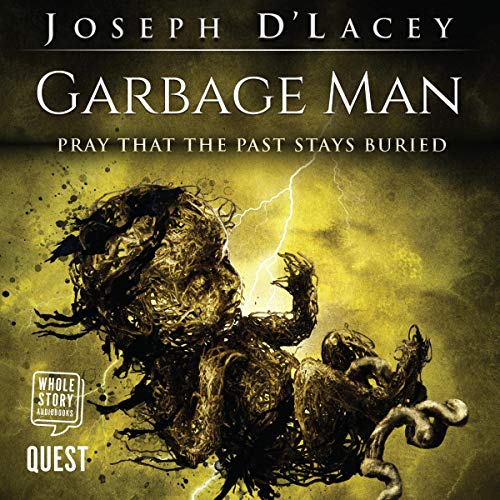 By: Joseph D'Lacey
Narrated by: Chris Coxon
Try for £0.00

Ten years after its original publication, this is the third edition of D’Lacey’s cautionary eco-thriller, containing an introduction by David Moody plus a brand new foreword by the author.

Shreve, a no-hope town beside the UK’s largest landfill. There’s nothing Shreve’s jaded residents won’t stoop to in a bid to liven up their monotonous lives....

Wannabe model Aggie Smithfield plans to escape before Shreve swallows her ambitions along with a million tons of rubbish and filthy little secrets. Desperate for a way out, Aggie makes a macabre pact with reclusive ex-photographer Mason Brand.

When the town’s past catches up with it, their agreement might be the only thing that can save her. Beneath everyone’s feet, something stirs. A creature assembled from things no longer loved. When the creature emerges, there will be no way out.

What listeners say about Garbage Man

Somehow I managed to miss Joseph D'Lacey. Don't make the same mistake I did. The Garbage Man is a dark, dreary piece of work with excellent characters and awful monsters. The story telling is very atmospheric and gritty.