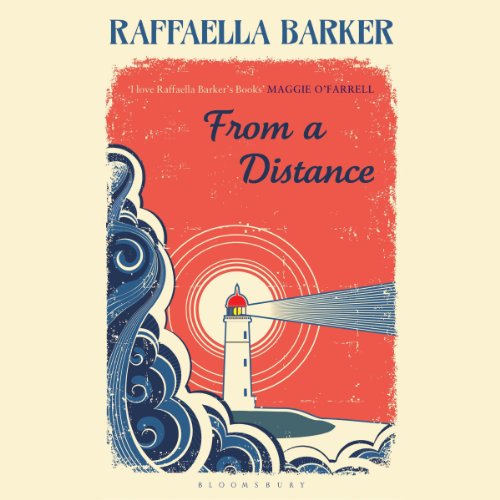 By: Raffaella Barker
Narrated by: Matthew Waterson
Try for £0.00

In April 1946 Michael returns from war and finds he cannot face the life that awaits him at home. Impulsively he leaps on a train to the western tip of Cornwall, and in doing so changes his destiny. He finds himself in a bohemian colony of artists gathered on the Cornish coast, and his fate is shaped by his heart, his new environment, and the fragmented Britain to which he has returned.

More than fifty years later, a man arrives in Norfolk to claim—reluctantly—his inheritance: An abandoned lighthouse, half hidden in the shadows of the past, now ready to cast its beam forward. Kit, a successful businessman, is fairly certain he wants no part in this legacy.

In a farmhouse, a woman falters in the middle of her life. Louisa’s children are leaving home and the constant push and pull of family life has turned like the tide of the Norfolk sea—she is suspended, without direction. When Kit and Louisa meet, neither can escape the consequences of Michael’s split-second decision all those years ago.

Moving between the postwar artists’ colony in Cornwall and present-day Norfolk, Raffaella Barker’s new novel explores the secrets and flaws that can shape generations. From a Distance is a nuanced and compelling story of human connection and our desire to belong.

What listeners say about From a Distance

I am a huge fan of Raffaella Barkers books and was excited to see her on Audible..sadly I found the delivery by the reader to be very difficult to listen to. His voice is rather robotic with no feeling.
I am going to buy this book and read it to myself.
I'm sure he's a lovely man but would be better suited to reading the news.