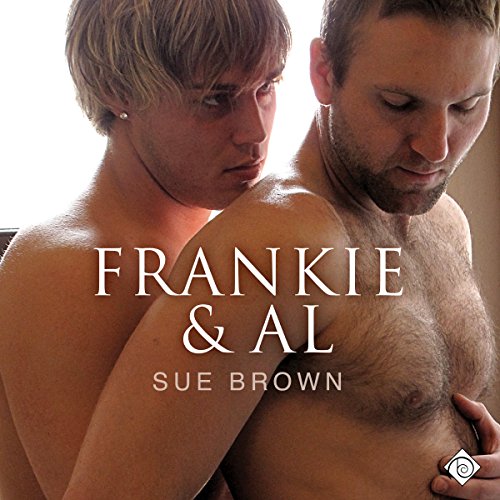 Dumped by his boyfriend, Frankie Mason goes out with the girls, gets totally trashed, and ends his night by falling in front of a taxi. He's rescued by a man with beautiful green eyes who takes care of him until he's put into an ambulance. Frankie curses himself as he realizes he doesn't have the man's phone number. Still in pain a few days later, he is dragged out to a club only to be saved by Green Eyes once more. This time, he isn't letting the man go.

Unfortunately Frankie has to attend a team-building exercise, nicknamed Womb Weekend, organized by his company. Al is working so he doesn't mind, until he discovers who the team leader is. Al has a lot of explaining to do!

What listeners say about Frankie & Al

Love the story, hate the narrator

God, it's terrible, listening to the fake accent, give us some English narrators for goodness sake, there's loads of ex pat in the US. Like the narrator normally, but couldn't finish the story that I love to read, would have returned it but this damn thing won't let me despite the claims otherwise.

They seem to spend a lot of time dancing around each other but as they connect they bring special things out in each other. Al gets more dominate and Frankie settles into the care. Both men are also able to give to each other.

Frankie is a hot mess. He gets dumped by his boyfriend via text, gets so drunk he needs the help of a stranger to make it into his hotel room to puke, gets run into by a cab and then ends up at a retreat for team-building with the guy who rescues him each and every time.
Al is fascinated with Frankie from the start and somehow ends up at the sight of each disaster in time to lend a hand.
The two find themselves in a relationship with very little fan-fare and after spending the weekend of the retreat together find a HEA.

**
This was a short, sweet story filled with British slang and quirks. The romance moved fairly quickly, but, in a way, the speed seemed to make sense. Al was in a really sensitive position, his mother is dying, and Frankie is on the re-bound. Al is a care-giver and Frankie needs a lot of care. The two needed each other.
I wished we could have seen more of their relationship unfold as the ending was pretty quick, but it left you feeling like things could really work out.
Audio:
I am shocked to say that I actually really liked Max Lehnen here. The audio really does the book justice. Max does a great job with the British accents and that really adds to the overall UK flavor and made for a really enjoyable read.
Since the author is British, the characters all British and it occurs in the UK, I would have liked for Max’s accent to continue throughout the story, not just the dialog. It kind of brought me out of the story to hear the British sayings in a flat American accent when the dialog was accented.
I really enjoyed the story and give it a 4 of 5 stars, the audio a 4 of 5 stars for an overall of 4 of 5 stars
Overall Impression:

This is one of those stories that kind of slips away from you as soon as you are done with it.
Felt like it was just events that kept happening with Frankie with other characters thrown in instead of a flowing story. Story felt unfinished.