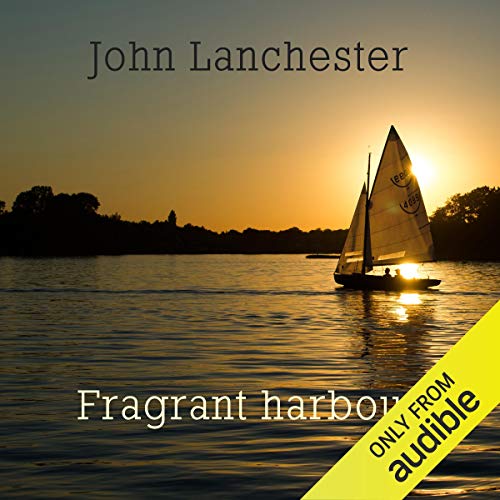 By: John Lanchester
Narrated by: David Yip
Try for £0.00

Tom Stewart leaves England just before the Great Depression to seek his fortune and find it running Hong Kong's best hotel. Sister Maria is a beautiful, uncompromising Chinese nun whom Stewart meets on the boat out from England; their friendship spans decades and changes both their lives. Dawn Stone is an English journalist who becomes the public face of money and power and big business. And Matthew Ho is a Chinese entrepreneur facing difficulties and opportunities in the twenty-first century. Fragrant Harbour is the story of these four people, whose intertwined lives span Asia's last 70 years.
©2014 Audible, Inc. (P)2014 Audible, Inc.
Historical Fiction
Show More Show Less

What listeners say about Fragrant Harbour

excellent story brilliantly told. I am looking forward to reading more of the authors books

Having loved 'A Debt to Pleasure' (why is this not available on Audible?), I was really looking forward to this book. What a disappointment! I have given it 3 stars because I didn't finish it and, to be fair, it might have got better in the subsequent chapters. I fell asleep three times when listening to the laborious first chapter about an uninteresting woman's first steps on the ladder of media success. It seemed a bit strange having the woman's story (told in the first person) narrated by a man. I did struggle on through to chapter 3 but I just could not get involved in this book. Quite a few names came up, but the characters did not seem memorable and I've no idea which of them, if any, are important later in the story. I couldn't face another 9 hours!

Fragrant Harbour refers to Hong Kong. It was originally the meaning of the Cantonese name of a small harbour on the island, but was adopted as the name for the whole island when it became a British Crown Colony in 1842.

The four main characters are completely different, but well described and we can easily relate to each different approach or point of view. The interactions and relationships between them is carefully woven and each person is entirely believable in their own way. The overall plot worked out well but be prepared for a wide range of emotions and a few shocks. It is quite complex at times and needs concentration, but this is part of the pleasure given by this book.

As we follow their stories we also get some idea of how local and world events affect the city itself and the lives of the people living there. These include the Japanese invasion of China, World War 2, the Chinese Cultural Revolution and the handing back of Hong Kong to China in 1997.

It was equally as interesting to get an idea of Hong Kong - the history, the city itself, the atmosphere, way of life and importance in business through all the changes. I knew very little of Hong Kong's history so needed to look it up and check a map to try and place the different locations in and around Hong Kong and in China in relation to each other, as the action in the story moved and changed.

Corruption, manipulation, favours for favours, courting of powerful influence and the expectation of bribes is an accepted way of doing business throughout Asia and this reality is very clearly illustrated in the story and summed up by two particular expressions used “The mountains are high and the Emperor far away” and “To deal with a big gorilla you need a bigger gorilla.”

David Yip did an excellent job, there were many different characters and nationalities to reflect and differentiate between and it cannot have been easy. I loved Fragrant Harbour, it contains so much to enjoy on many levels and I recommend it unreservedly.