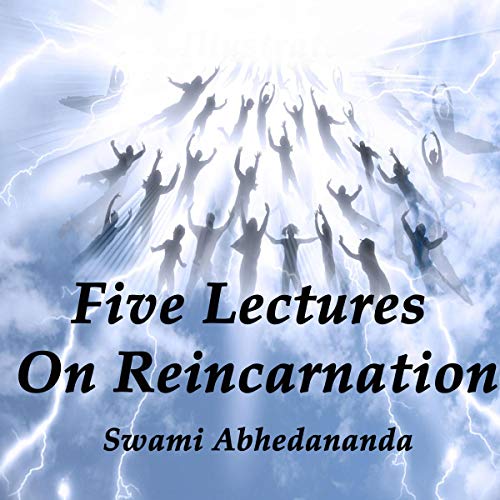 By: Swami Abhedananda
Narrated by: Clay Lomakayu
Try for £0.00

As the human form, generally, corresponds to the human will, generally, so the individual bodily structure corresponds to the character, desires, will, and thought of the individual. Therefore the outer nature is nothing but the expression of the inner nature. This inner nature of each individual is what re-incarnates or expresses itself successively in various forms, one after another. It remains like a permanent thread stringing together the separate lives by the law of cause and effect. The subtle body is like a water-globule which sprang in the beginningless past from the eternal ocean of Reality; and it contains the reflection of the unchangeable light of Intelligence. As a water-globule remains sometimes in an invisible vapory state in a cloud, then in rain or snow or ice, and again as steam or in mud, but is never destroyed, so the subtle body sometimes remains unmanifested and sometimes expresses itself in gross forms of animal or human beings, according to the desires and tendencies that are ready to manifest. It may go to heaven, that is, to some other planet, or it may be born again on this Earth. It depends on the nature and strength of one's life-long tendency and bent of mind. This idea is clearly expressed in Vedanta. "The thought, will or desire which is extremely strong during lifetime, will become predominant at the time of death and will mould the inner nature of the dying person. The newly moulded inner nature will express in a new form". (Bhagavad Gîtâ.) The thought, will or desire which moulds the inner nature has the power of selecting or attracting such conditions or environments as will help it in its way of manifestation. This process corresponds in some respects to the law of "natural selection".

What listeners say about Five Lectures on Reincarnation

Swami Abhedananda gives explanations to questions I have always had about reincarnation. I truly enjoy listening to spiritual books narrated by Clay Lomakayu. This is the perfect way to engage the mind in these strange times.