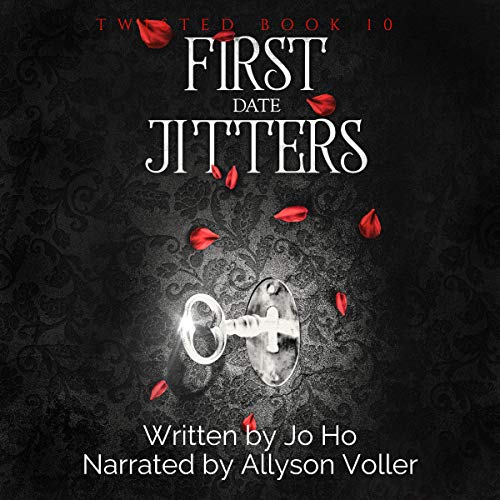 "Things that go bump in the night aren't always what they seem...."

When Marley discovers a chilling mystery close to home, that of a student in their dorm who seems to be attracted to things of the occult kind, she finds herself working with an unlikely partner in the form of Rhett, while an anguished Christian can only watch as their relationship deepens.

Knowing that the police can’t do anything against Michael, the girls decide to revisit supernatural hotspot Furnace leading to a stakeout which pushes Tyler to her limit.

Will Cassie be able to pull her back in time?

Michael starts ramping up his sinister plans for Cassie, while Saunders receives intel that provides her with her biggest break yet.

Eve finally faces up to her past and decides to make a stand. Refusing to give in to Michael’s campaign of terror, she chooses to dig into a new worrying development that has raised its head, that of Marley’s dad, but what will she find?

Saving the world has never been this twisted!

Written like your favorite CW or Netflix show, expect thrills, heart-thumping romance as well as epic twists and turns that will keep you guessing!

Each of these girls have their own story within this series of books but they all tie together seamlessly. It keeps you returning for more..
Great author and great narration.

The Twisted series is written as a TV series, and while First Date Jitters is another solid episode, it also feel a bit like a 'filler' episode. There is some decent action and we see our leading ladies continue to explore their growing powers, but as I said it also feel a bit like a filler episode. Nothing wrong with a filler episode (some of my favorite episodes of Supernatural happen to be 'filler' episodes.) While the entire possession/exorcism thing was cool, I just didn't see how any of what happened in this volume advanced the overall story arc. Of course when the entire Twisted saga is all said and done it may turn out this was a key moment after all. Of course if you've come along on the girls' journey so far, you're going to enjoy this episode.

A wonderful edition to the series.

Summary:
As the girls struggle to gain more control over their gifts, Michael continues to solidity his power. Marley enlists Christian’s help when another student encounters danger not of this world. Christian has to deal with his seemingly impossible feelings for Marley as she looks to another student at the same time. Michael’s nefarious plans for Cassie seem to be at odds with the feelings he has for her. Eve is determined to overcome the Michael’s rein of terror while Tyler’s determination to find her sister Ally puts her directly into Detective Saunder’s line of questioning.

This is a fast paced and intricate series with unique and fascinating young women struggling to protect and defend those around them as they learn what it means what friendship and trust really means.