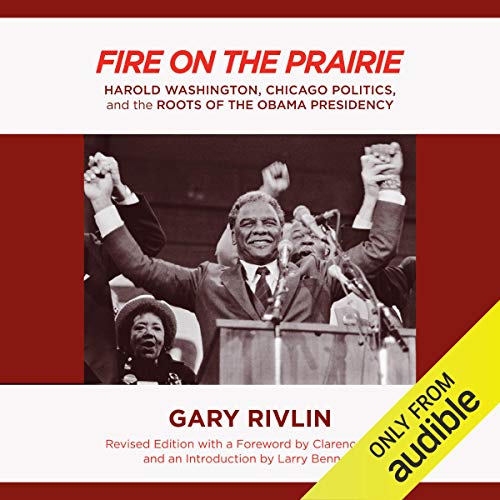 Fire on the Prairie

Fire on the Prairie

Chicago - the city whose name is synonymous with urban politics; the city of sharply divided ethnic and racial enclaves; the city whose police force shocked America during the 1968 Democratic convention and then the next year killed Black Panther leader Fred Hampton. As Martin Luther King, Jr., said when he traveled to Chicago in 1965 to turn his attention to the great urban centers of the north, "If we crack Chicago, then we crack the world." Black empowerment "would take off like a prairie fire across the land."

In 1983 Chicago elected Harold Washington as the city's first black mayor. This is the story of Washington's improbable victory over Jane Byrne, heir to the late Richard J. Daley's political empire, and over Daley's eldest son. It's the story of a coalition outside the party's mainstream coming to power and ruling in the country's most political of cities. In Fire on the Prairie, Gary Rivlin reveals the personalities and philosophies of those who were at the center of events, from black separatists such as Lu Palmer to community organizers such as Jesse Jackson, and from white liberals who held Washington at arm's length to Chicago originals like Ed Vrdolyak, the opposition's leader.

At the center of the drama was Harold Washington, an enigmatic yet engaging figure who fashioned an uneasy but potent multiracial coalition that ruled for five years. The conflicts and compromises of all are described in vivid detail and the resulting history is a thorough account of an election and an administration that captured the nation's attention. Like Mississippi in the 1960s or Boston in the 1970s, Chicago in the 1980s was the stage for a drama that revealed the dimensions of America's racial politics and offered insights and inspiration for future generations.

Would you consider the audio edition of Fire on the Prairie to be better than the print version?

I suppose Harold Washington. It's non-fiction, and doesn't really have "characters".

The narrator's inability to pronounce English words correctly, and to accent syllables the way that a human being should, is so distracting that it makes it hard to absorb the (excellent) information.

This is a fascination story about the man and the forces involved in the first African-American mayoralty in Chicago. The comparison and contrast with Barack Obama's compaign and Presidency is most interesting.

Would you listen to another book narrated by George Orlando?

The narration flowed well and was easy to understand. It was marred, however, by myriad mispronunciations, not only of ethnic Chicago names but also of many ordinary English words.

If you care about racial politics (which is at the core of ALL American politics), this is a must-read.

A worthwhile story well told. Marred a bit by odd narration with strange cadence and many badly mispronounced words, but still a story I was happy to listen to.

The Narrator was horrible

Low rating because the narrator was horrible. Is it really that hard to pronounce proper names that can be found in history books properly? Or even common words? A little research goes a long way. Reading a book for Audible should require more than just a decent sounding voice.