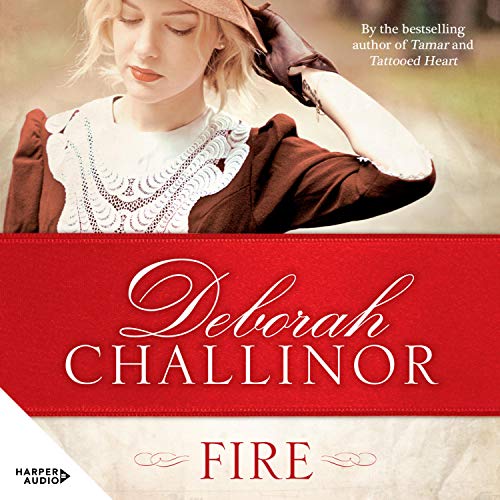 By: Deborah Challinor
Narrated by: Heather Bolton
Try for £0.00

Set in an unnamed NZ city in 1953, Fire tells the story of four working-class friends, all employed at Dawsons, one of the country's most glamorous and sophisticated department stores. A historical romance based on the Ballantynes department store fire in 1947 that killed 41 people, most of them store employees trapped in controversial circumstances.

The girls are Nancy, a salesgirl in the dress department; Kay, who works in lingerie; Louise, a typist in accounts; and Judy, a milliner in the workroom out the back. The story takes place a week before Christmas, in the period leading up to Christmas as the country prepares for a royal visit by the young Queen Elizabeth. When the store is full of wealthy shoppers, smoke is discovered drifting from the basement lift shaft. While the fire brigade is called, the store owners make a crucial error and decide not to raise a public alarm until it's too late - exits are cut off by the fire, and the ground and first floors are ablaze, trapping staff and customers on the upper floors.

A powerful and dramatic story from one of our best-selling novelists.

What listeners say about Fire