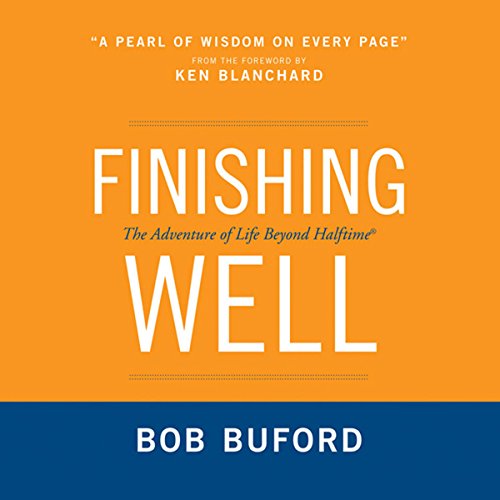 Author Bob Buford called them "code breakers". They are people age 40 and older who have pioneered the art of finishing well in these modern times, and who can teach us to do the same, starting today. Buford sought out 60 of these trailblazers - including Peter Drucker, Roger Staubach, Jim Collins, Ken Blanchard, and Dallas Willard - and has recorded their lively conversations in this audiobook so that they can serve as "mentors" for all of us.

"Twenty years from now," Buford writes, "the rules for this second adulthood as a productive season of life may be better known. But for now, we're out across the frontier breaking new ground".

Buford gives you a chance to sit at the feet of these pioneers and learn the art of finishing well so you can shift into a far more fulfilling life now, no matter your age, and pursue a lasting significance that will be a legacy for future generations.

What listeners say about Finishing Well

If you're interested in hearing the stories of highly successful Christian men talk about the importance of being a committed Christian and how that helped them be successful after 50, you may like this book. If you're looking for something more broadly applicable, look elsewhere.