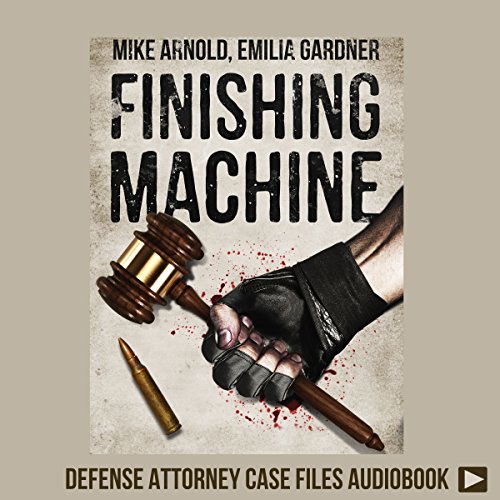 The book that was banned by the Oregon Department of Corrections. From Mike Arnold, criminal defense attorney/author.

More often than not, a defense attorney's clients are guilty. Gerald Strebendt certainly looked guilty of the January 2014 road rage murder. Marine sniper. Blackwater operative. MMA fighter with a 9-7 win-loss record, including an appearance in UFC 44. Strebendt was a trained killer, in other words, and one who just happened to be known for his hothead tendencies. It didn't help that his truck was a rolling armory that dark night on a rural road in Springfield, Oregon, or that the weapon he used to shoot the other unarmed driver wasn't anybody's idea of "the right gun" to be carrying around town. It was an AR-15-type rifle, a long, black semiautomatic that the world loves to label a "military assault rifle".

Yes, Gerald Strebendt sure looked guilty to me. But he told me he was innocent. He said the other guy rammed Gerald's truck, got out of the car, and began yelling menacingly. That's when Strebendt grabbed his rifle and began retreating with it, repeatedly telling the other driver to stay back. But the guy kept coming. And that's when a single shot rang out and only Strebendt was left standing. So, was it road rage? Self-defense? Some combination of the two?

I'm Mike Arnold, attorney for the defense, and this book isn't just the story of this shooting, or of Gerald Strebendt's guilt or innocence. It's also my story. Because, for the first time, I saw myself in one of my clients. And I realized that, in this case, neither one of us was likely to get a fair shake from the judicial system.

What listeners say about Finishing Machine