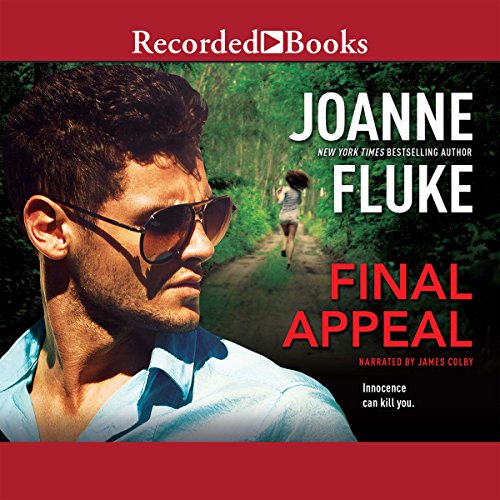 By: Joanne Fluke
Narrated by: James Colby
Try for £0.00

Michael Hart had been convicted for killing his wife and spent 10 years in prison. But now he has escaped, and his lawyer is tracking down new evidence that might clear him. But then the sleepwalking begins.... And one by one, the members of the jury that convicted him are being murdered.

What listeners say about Final Appeal

If you are a fun of Flukes Hannah mysteries you will not like this book!!

Plot was good, but predictable. However, the lauguage and other situations in this book are a little extreme. As stated before if you enjoy Hannah Swenson mysteries just stick with those and don't waste your money or your credit on this audio book.

Joanne Fluke didn't let me down...a good story with a couple of twists i didn't see coming. Narrator did a great job as well. Easy to listen to.