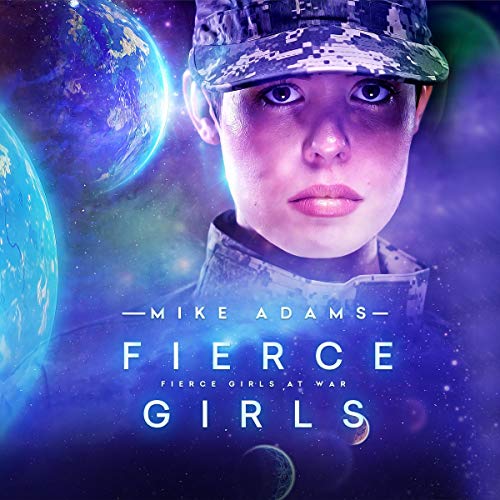 "I love being a Marine but there are days...We may have a lot of the same problems in 2122 we did a hundred years ago but back then the Gul brothers weren’t paying lots to see my head on a spike! Not that I was born yet but that’s not the point! So I’m a pretty good shot and Rick is even better. Did I ask daddy Gul and his boys to go on a rampage? No, I didn’t! But now we have to leave the planet and go to the New Hope colony where the locals like to eat people!” (Staff Sergeant Susan ‘Molly’ Bennett, USMC)

The story of the alien Rift invasion of the New Hope Colony begins on Earth in 2122 when all too familiar problems and events cause a chain reaction that will have repercussions on two worlds. Fleeing for their lives and to protect his family Navy, Lieutenant Paul “Rick” O'Brien and Marine Staff Sergeant Susan Mollison “Molly” Bennett will have to board a starship for the long voyage to Earth's first extrasolar colony under new identities. There they will join the Colonial Rangers, the international military force designed to protect the colonists from the planet’s ferocious predators, not to deter an alien invasion.

The female-loving Logistics officer O’Brien and superb marksman and the courageous Marine recon squad leader form an unbreakable bond forged under fire that will serve them well as events unfold around them. The circumstances that send them to the New Hope Colony will also have a profound effect on the other members of the O'Brien/Cassidy family and especially Rick's daughter Ciara as well as on the colony where they find refuge.

Fierce Girls introduces the lead characters and covers the events that force O’Brien and Bennett to leave Earth. Then as Lieutenant Commander Rick Cassidy and Gunnery Sergeant Molly Pickford the story will deal with their first months at the New Hope Colony. It also introduces the key members of Rick’s family, their embrace of Molly Bennett, and the repercussions on their own lives.

The main male character Rick Cassidy serves as a catalyst who sets family members and friends in motion but he does not fight their battles for them although sometimes he fights with them. For one he is a son, for another a father, for others he is a brother, for another a partner and best friend while for still others he is a colleague, a friend, a lover, and a leader who respects the women in his life as competent, intelligent, capable people he inspires to push forward in the face of danger, politics, sexism and inertia.

The Fierce Girls at War series beginning with Fierce Girls is not simply about the bonds between the characters. It is about women who are smart, brave, quick thinking, resilient and who are good leaders. They are steady under fire, they are problem solvers and they are resourceful and creative thinkers. They feel fear when circumstances are frightening but they don't panic. They are not dependent on their male counterparts and more often than not they outshine them. They feel lust and love but are not driven by either (most of the time). Many of them are experienced, competent soldiers while others are young students dropped into a perilous situation from which no one is coming to rescue them. Some of them are bound by bonds of family but by no means are they all.

Book one Fierce Girls introduces the main characters - Gunnery Sergeant Molly Pickford, Lieutenant Commander Rick Cassidy, his daughter Ciara and other members of his family, and Captain Naomi MacCaffrey, a Canadian officer captured by extremists and rescued by Molly in the African jungles. They must find it in themselves to fight battles against other humans before the coming desperate struggle against an alien invasion of Earth’s first colony in space that will arise in the following books of the series. Those books will show these women and others take the lead in fighting for the life of the colony.

What listeners say about Fierce Girls