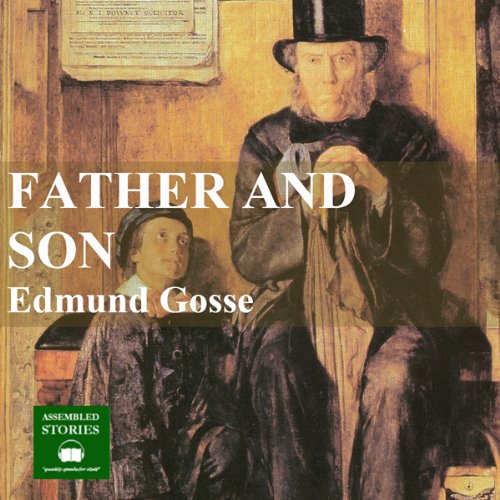 By: Edmund Gosse
Narrated by: Peter Joyce
Try for £0.00

"This story is the record of a struggle between two temperaments, two consciences and almost two epochs. It ended, as was inevitable, in disruption. Of the two human beings here described, one was born to fly backward, the other could not help being carried forward. The affection of these two persons was assailed by forces in comparison with which the changes that health or fortune or place introduce are as nothing. It is not usual, perhaps, that the narrative of a spirited struggle should mingle merriment and humour with a discussion of the most solemn subjects. But.... there was an extraordinary mixture of comedy and tragedy in the situation and those who are affected by the pathos of it will not need to have it explained to them that the comedy was superficial and the tragedy essential" Edmund Gosse.

What listeners say about Father and Son

This is an incredibly focused and precise memoir. Gosse manages to give a deeply personal accounting of his religious struggle with his pious father, who is both a scientist and preacher, while drawing me into a larger world of transition during the Darwinian Era. I am reminded of my own ancestral family’s transition from cloistered Pennsylvania Dutch religious community to secular pursuits in a wider world. This book taught me much about the trajectory of social and philosophical thought during the nineteenth century while embroiling me in a compelling narrative. The performance, also, is exceptional.

This book deserves to be better known: A sympathetic portrayal of religious fanaticism from a family perspective, played out on the grandest stage of intellectual history. An important text for anyone interested in the reception of Darwinism. The reading is wonderfully engaging.

the narrator is horrible

this book was recomanded to me by a friend who read the book. 3 times i have tried listening to the audio but the narrator makes it very hard to enjoy. I got till the middle and just couldnt go on. I think it's a good book, I will try to read and not listen