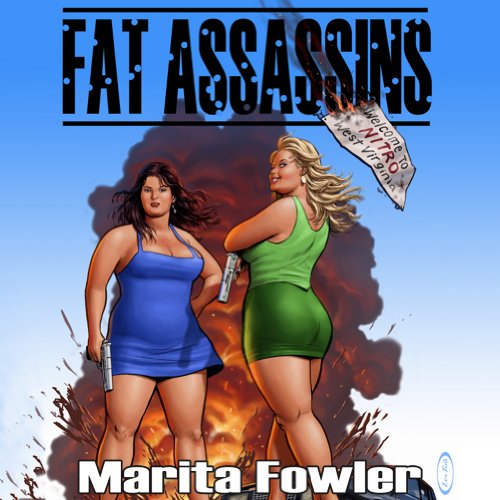 By: Marita Fowler
Narrated by: Minnie Goode
Try for £0.00

Southern style sweet potatoes Shasta and Ulyssa have stuck together through thick and thin since their escape from third grade fat camp. But on one dark day, they both find themselves unemployed. A hazardous job hunt sees them turn down egg harvesting, drug dealing and phone sex before they settle for an exterminator job. Confusing mafia lingo leaves the girls thinking they’re being interviewed to cope with a rodent infestation. Confident that they can handle the job, they oversell their skills and demand half payment up front to seal the deal.

Skeptical at first, the mob boss decides to hire this unlikely pair when he mistakes their attitude for professional stoicism. The girls are shocked when presented with a target profile and an envelope full of cash. They want out, but it’s too late. The mob doesn’t allow do-overs. And certainly not when they’re whacking one of their own. The clock is ticking and when the body count is still zero after multiple attempts, the boss decides to bring in additional assassins to finish the job and tie up loose ends. And the girls just happen to be one of those loose ends.

What listeners say about Fat Assassins

An absolute delight to listen to. Funny, entertaining, a true laugh out loud experience.