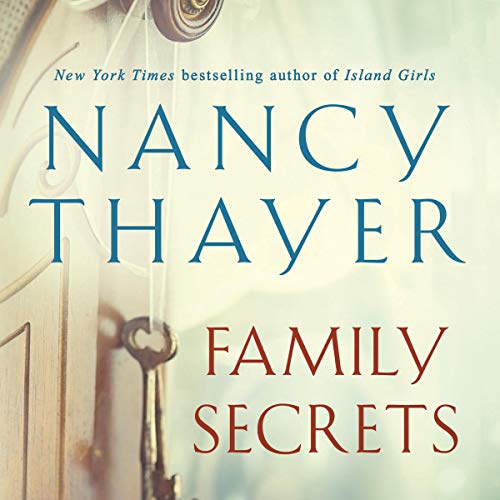 Though Diane Randall’s jewelry business is a great success, her marriage is not, and she finds herself growing lonely as her children near adulthood. Meanwhile, her eighteen-year-old daughter Julia is falling dangerously in love, and Diane’s mother, Jean, is relishing her newfound freedom as a single woman in Europe. Distracted by their individual concerns, the three women are ill-prepared for the crisis that suddenly appears on Diane’s doorstep in the form of a handsome FBI agent asking about an explosive secret that’s laid buried for decades.

At the start of World War II, Jean was a young woman in love who made a fateful mistake, one that may now tear apart her family. Diane finds herself drawn into an illicit affair that threatens to erupt into scandal, while Julia’s own dramatic antics endanger her life. Meanwhile, Jean is desperate to keep hidden painful memories she’s guarded for so long. These three extraordinary women find that only by facing down secrets and lies can they face the future.

Praise for the novels of Nancy Thayer

“The queen of beach books.” —The Star-Ledger

“Thayer has a deep and masterly understanding of love and friendship, of where the two complement and where they collide.” —Elin Hilderbrand

“Thayer’s gift for reaching the emotional core of her characters [is] captivating.” —Houston Chronicle

“One of my favorite writers.” —Susan Wiggs

“Thayer’s sense of place is powerful, and her words are hung together the way my grandmother used to tat lace.” —Dorothea Benton Frank

What listeners say about Family Secrets

Great story & enjoyed listening. Nancy Thayer gets better each year. What more can I say.?