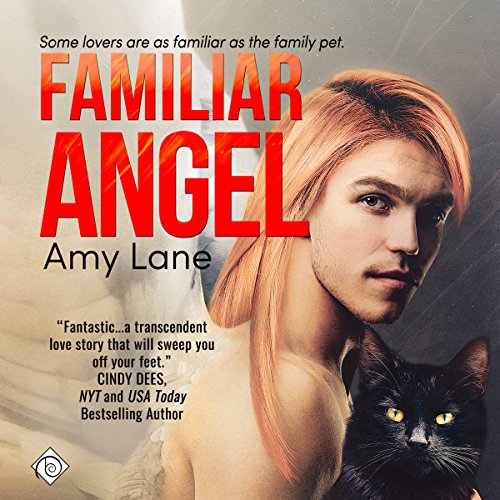 One hundred and forty years ago, Harry, Edward, and Francis met an angel, a demon, and a sorceress while escaping imprisonment and worse! They emerged with a new family - and shape-shifting powers beyond their wildest dreams.

Now Harry and his brothers use their sorcery to rescue those enslaved in human trafficking - but Harry’s not doing so well. Pining for Suriel, the angel, has driven him to take more and more risks until his family desperately asks Suriel for an intervention.

In order for Suriel to escape the bindings of heaven, he needs to be sure enough of his love to fight to be with Harry. Back when they first met, Harry was feral and angry, and he didn’t know enough about love for Suriel to justify that risk.

Can Suriel trust in Harry enough now to break his bonds of service for the boy who has loved his familiar angel for nearly a century and a half?

What listeners say about Familiar Angel

Love is the bridge

Lovely story. A romance between an angel and a familiar with action and adventure. Who can ask for more. Can’t wait for the next book. I hope Gomez Pugh will be narrating it. I loved his mellow voice sweeping me along with the story.

I’m having a tough time reviewing this.

On the one hand, I enjoyed it – as I do nearly every Amy book I’ve ever read, and like those of hers I’ve read a million times.

Amy is very good at giving us clear, crisp writing with just the right amount of show versus tell. The back story for our boys is delivered in a bits and pieces with only small amounts of flash backs to fill in the gaps.

We’re shown the budding relationships between all 3 boys with telling glimpses rather than overt smacks to the face. Sometimes, however, the subtlety got a bit too murky.

It’s obvious that Suriel and Harry are falling/have fallen for one another, but I really missed that moment when it happened … and the reasons why they have to be apart are a little vague and I wasn’t always sure why the things that happened … did.

I loved the cat-ness in this story! The back and forth and the human manifestations of the feline persona were priceless!

The chemistry between Harry and Suriel isn’t as “warm” as some of her other couples, and – in fact – if we get to see the other brother’s stories – I’m sensing a lot more heat between them and their partners already than I did between Suriel and Harry. Instead, theirs felt more like a blanket than a fire – if you know what I mean. They wanted one another, and the passion was talked about – but I don’t know that I felt it much.

I absolutely loved the world building and the “moral of the story” with big Cass and all the “powers” and magic.

I’m really looking forward to the next books in the series!

Audio
I Loved Gomez’ interpretation of this! He was easy to listen to and made me love the story even more than I had when reading it. I definitely think our mood influence our opinions of things and I must have been feeling better this time around because I loved this – full stop! Highly recommended with no reservations!
5 of 5 stars
Overall 5 of 5 stars

Amy Lane is one of my favorite Authors when in comes to angsty romance. I was completely engrossed in this story from the start, between Lane's writing skills and Pugh's vocal talents, it was a great story to listen to. I did feel like the buildup for the couples was a bit anticlimatic, and I found myself mentally shouting at Suriel and Harry a couple of times.

Overall though, I enjoyed this one. Perfect marriage of the written word being brought to life by a talented narrator. Highly recommend.