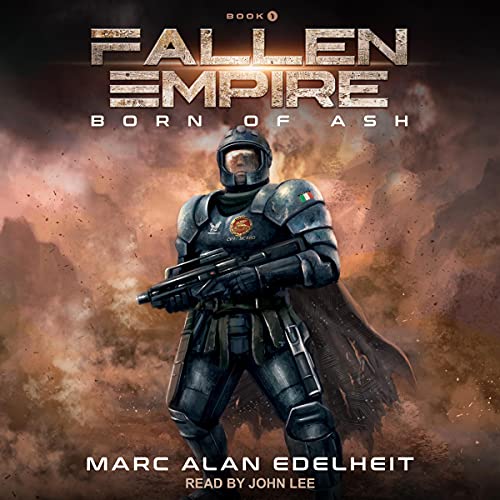 After years of catastrophic fighting, the rebellion is over. The First Galactic Empire has fallen. Instead of liberation and a return to democracy, freedom, and a new golden age, humanity has been plunged into darkness.

Eighteen years after the Great Fall of civilization, stranded on the wrecked world Asherho, Keira Kane struggles to make her way. Adopted, protected, and raised by former Imperial Marines, Keira has been trained as a mechanic and technician. Her skillset is indispensable to maintaining the decaying infrastructure of her dying planet.

Keira rapidly finds herself a fugitive, hunted not only by the government she has served but by the planetary militia who wants her for their own nefarious reasons. Unbeknownst to Keira, her Imperial Marine companions have been guarding an incredibly valuable secret, one that has the potential to save humanity or see its light extinguished from the galaxy forever.

Keira is thrust into a life-or-death struggle she never imagined. The road ahead is not only dangerous, but a path destined for her alone.

Does she have the courage to walk it? Or will she falter and allow humanity to continue its fall into darkness? Only time will tell....

What listeners say about Fallen Empire