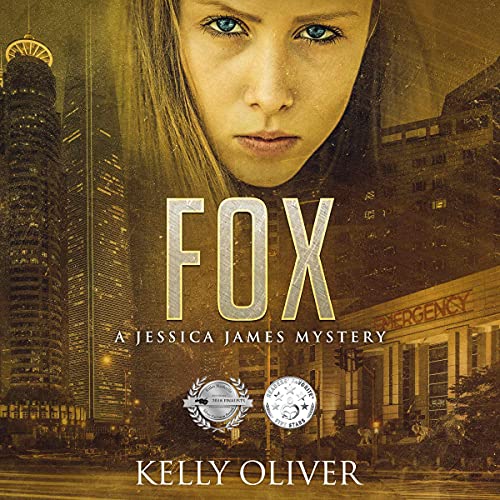 By: Kelly Oliver
Narrated by: Tamara Eastridge
Try for £0.00

When Jessica James wakes up half naked behind a dumpster in downtown Chicago, she thinks at first the hot intern feeding her Fiery Mule Slammers slipped her a Mickey. But after a pattern of similar incidents around Northwestern Research Hospital makes the news, Jessica realizes she wasn't raped, she was robbed. Robbed of something as valuable as life itself.

The "dumpster girls" are all top of their class, attractive college students, who are drugged and dropped unconscious behind dumpsters. When rape-kits all come back negative, the police are baffled. But when the perp escalates and kills one of his victims, Jessica takes it on herself to solve the bewildering mystery and save herself and her friends as the "thief" closes in on them.

Hunting for the predator, Jessica discovers secrets about her own identity that force her to rethink her past. The solution to the mystery lies in the cowgirl philosopher's boot-cut genes.

What listeners say about F.O.X.

What did you love best about F.O.X.?

I love the way the book starts off, you think a simple mystery, then it starts down another road, then another. It keeps you interested all the way through. The Narrator certainly did the book and characters justice.

What other book might you compare F.O.X. to and why?

To me each book is unique and is somewhat difficult to compare to other books.

I really enjoyed the opening scene, it sets the mood and tone for the rest of the book, it gets you thinking one way, then it changes on you.

Foxes, fun and playful, but be careful what lurks inside.

Kelly Oliver writes stories they way they should be read and the narrator, Tamara Eastridge, really took what Kelly wrote and took it to another level of enjoyment.

. . . and two parts cozy mystery. Mad scientists, graduate students, and Russians of dubious background tangle together with a Congressional candidate and his wife who might have come out of a Second City skit parody. And, yes, set in Chicago. Narrator Tamara Eastridge did yeoman service providing a mix of accents for the myriad characters. Entertaining!

This was not up to all the hype that everyone has lead me to believe! It really wasn’t as exciting as expected!

Book details were sadly lacking. I don’t speak Russian nor understand it. NOWHERE in the details does it mention this. The first book was horrible, but I took a chance and started another I won’t be trying to read anymore of this author’s books