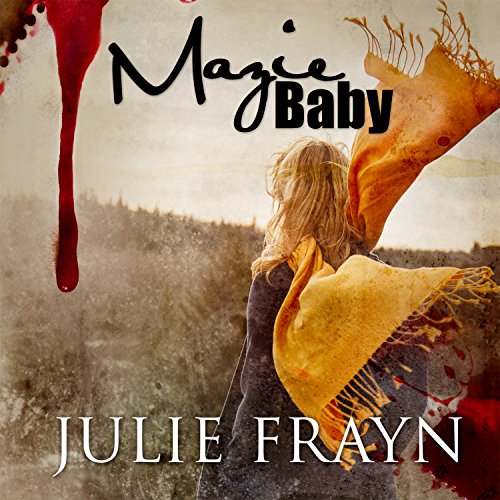 By: Julie Frayn
Narrated by: Carly Robins
Try for £0.00

Mazie Reynolds has moxie from the top of her bruised face to the tip of her broken wrist. She married a man she adored and who adored her in return. But over 14 years, her happy marriage soured with each new beating. When her husband's attentions shift to their 12-year-old daughter, Mazie knows that it's time to get the hell out. She hatches a plan to escape. But can she outwit the man she vowed to obey until death they do part?

What listeners say about Mazie Baby

Read this book so many times, its great, worth the Read! so Read it!!! #amazing

A realistic look inside an abusive situation

Would you consider the audio edition of Mazie Baby to be better than the print version?

I felt the audio edition of this book was very good. I both read it and then listened to it and found both very good. I love it when I can find a book that is being narrated by someone who can bring it to life instead of making it difficult to get through. Carly did a great job of allowing me to "see" what was happening in the story.

I wouldn't say I was on the edge of my seat but I didn't want to stop listening.

Mazie, she took me through so many emotions.

For anyone who has ever been in an abusive relationship, this book will have a lot you can relate to.