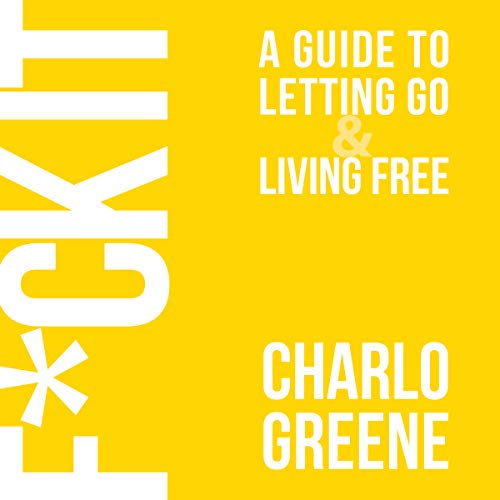 F*ck It: A Guide to Letting Go & Living Free

Charlo Greene presents her rules for life in her must-hear memoir, F*ck It: A Guide to Letting Go & Living Free, from her childhood as one of seven first-generation Nigerian American siblings in Alaska to her fight to the top in the broadcasting industry and her historic achievement of legalizing cannabis in her home state.

Greene shamelessly puts her life on display, from her childhood traumas and family betrayals to her journey through sexual assault, eating disorders, and stripping her way through college, as well as the events leading up to the viral “F--k it, I quit” moment that was viewed more than 100 million times worldwide.

Greene does all this with the threat of wrongful incarceration - for up to 54 years - looming overhead. F*ck It: A Guide to Letting Go & Living Free is sure to become listeners’ go-to inspirational audiobook for true living and paramount success in any industry.

Charlo Greene is a broadcast journalist and media expert turned activist and businesswoman. Charlo went viral in 2014 when she proudly declared her activism and signed off for the last time with, “F--k it, I quit...." Immediately after her exit, she successfully led the charge in Alaska’s effort to legalize recreational marijuana.

Charlo has been featured by more than 100 media outlets including Forbes, The Guardian, The Young Turks, Ebony, Vibe, NBC, CBS, ABC, Fox, CNN, and Time.

Charlo continues to advocate for cannabis and criminal-justice reform while awaiting her trial, which is set to take place in October 2018.

What listeners say about F*ck It: A Guide to Letting Go & Living Free