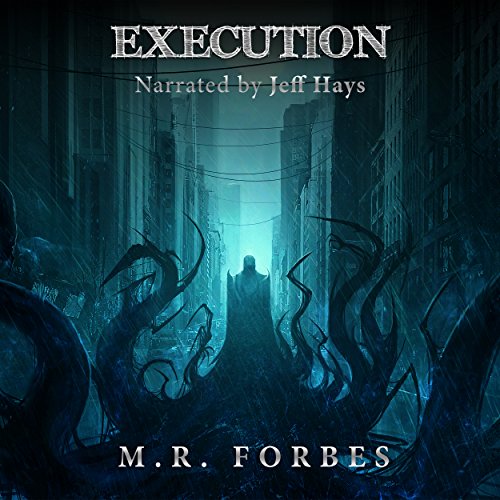 Landon Hamilton, the champion of humankind in the war between good and evil, had thought he'd seen the last of the demon Abaddon when he destroyed Archangel Avriel's Box.

Abaddon is back, summoned to our world by an old acquaintance and desperate for the freedom he was promised.

Now the race is on for Landon and his motley team of angels, demons, and mortals to find a way to destroy Abaddon and put a stop to his handler's plot before humankind is laid to waste.

He's outmatched and out of time. But then again, isn't he always?

Execution is the sixth book in the popular Divine series, a supernatural urban fantasy series about Heaven, Hell, good, evil, and the man who keeps the angels and demons from ruining Earth for the rest of us.

What listeners say about Execution

getting tired of the same things book after book

I was hopeing that the series would have grown by now. it is the same book 6 times in a row. This series needs a new direction or I won't be reading any more

This book was a good transition for closing a lot of loose ends in the series while moving towards an ultimate end.

One character did return that felt a bit unessesary, but it all paid off by the end.

so I've followed the series sinces it's beginning and I honestly love and enjoy it. it keeps me entertained through my day and really makes me want to return to it when I'm unfortunately pulled away with other things. I recommend this series to some of my friends and they seem to enjoy it themselves