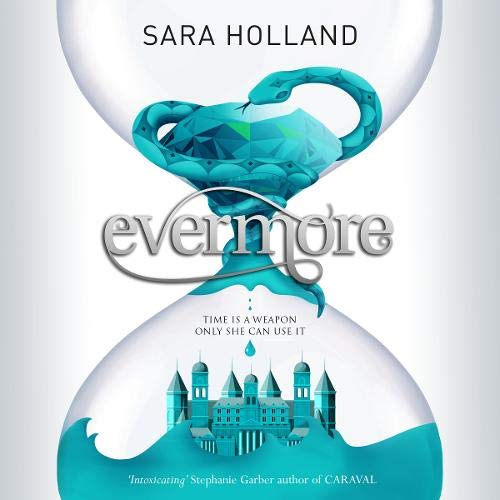 By: Sara Holland
Narrated by: Eileen Stevens
Try for £0.00

Jules confronts the girl who is both her oldest friend and greatest enemy in the highly anticipated sequel to the top ten best seller Everless.

Jules Ember was raised hearing legends of the ancient magic of the wicked Alchemist and the good Sorceress. But she has just learned the truth: She is the Alchemist, and Caro - a woman who single-handedly murdered the Queen and Jules' first love, Roan, in cold blood - is the Sorceress.

The whole kingdom believes that Jules is responsible for the murders, and a hefty bounty has been placed on her head. And Caro is intent on destroying Jules, who stole her heart 12 lifetimes ago. Now Jules must piece together the stories of her past lives to save the person who has captured her heart in this one.

Perfect for fans of Victoria Aveyard, Stephanie Garber and Kendare Blake, Evermore is the high-stakes, star-crossed follow up to Everless that fans have been waiting for.

What listeners say about Evermore

So disappointed with this one

ust didn’t love this one at all, which was a shame as the first book was a five star for me. In this book, the brave, spunky heroine from the first novel seemed to have a personality transplant and became totally selfish, self-absorbed and perpetually frightened and unable to act. What annoyed me immensely was the way she could slow time, or reverse time, to save herself, but couldn’t quite find the strength or willpower to save any of her friends. As for the romance? It was unnecessary, unbelievable and completely forced. Disappointed big time.

Good book shorter than some of the other books I have listened to but I liked that. Lovely entertaining story and narrator was great too

The first book was very interesting and easy to listen. I found this sequel a bit slow but the story was still captivating. The ending was a bit confusing though...

I hated the first book. Loved the concept hates the execution. But stuck with it and the second book does deliver on a better story. And overall execution.

I absolutely loved the first one, I loved the idea and the concept and I loved how it was such a unique take on "time as money" kinda deal. The second one amswered some questions, but I'm very eager to find out more. Can't wait for the next one

Usually sequels are not as good as the first but this one is! It is addictive, couldn’t put down and listened within a day!

I loved the ending of this book it was one of the mote satisfying ending ive read reacently.