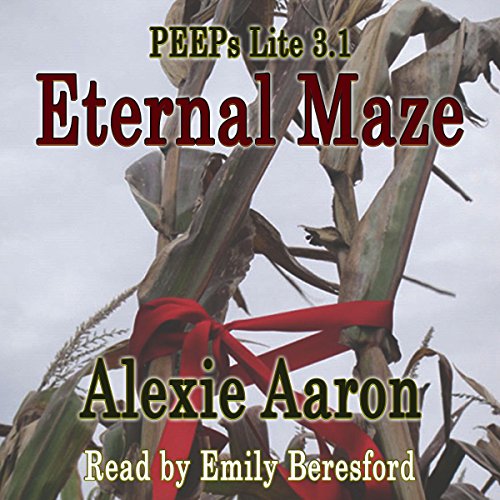 By: Alexie Aaron
Narrated by: Emily Beresford
Try for £0.00

October thirtieth is a beautiful day. Partly cloudy skies top the Carver County Corn Maze where Ted Martin is testing his new micro-com technology on the determined puzzle solvers. It's a beautiful view from the spotter's tower with all the colorful flags dancing above the cornstalks, marking the progress of the individual groups. But one flag hasn't moved in a while. It was issued to two teenage couples and their two young charges. Upon further investigation, Ted discovers that the group has disappeared with the exception of the lone flag bearer who lies dead on the ground.

Ted, fearing that more than a possible kidnapping has occurred, calls Mia who rushes to help in the search. Within a few minutes Ted's instincts are proven true. There are paranormal entities at play in the corn, and they're playing for keeps.

What listeners say about Eternal Maze

Absolutely love this series. Would really like to see the rest of the books on audible.