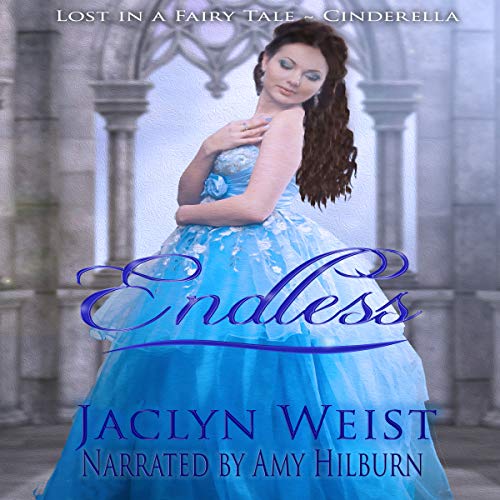 Sydney's not sure which is worse - the curse that has her trapped in her dreams every night or having to deal with her wicked stepmother and stepsisters while she's awake.

Just before her 17th birthday, her father surprises her with magic camp, and Sydney can't wait to learn how to use her powers instead of keeping them hidden. Knowing Luke is there to watch out for her only makes camp that much sweeter.

But Sydney finds out quickly that the magic world holds its own secrets as her nightmares become reality. When she learns the ultimate plan of her evil captor, Sydney must stop her at all costs, or she will forever be trapped inside her nightmares.

What listeners say about Endless

A fun twist on a classic!

Fun twist on a classic! A modern Cinderella meets Harry Potter. It was very entertaining!

My daughter's and I enjoyed tthis twist on an old fairy tail. We especially liked the concept of magic coming at a cost.

Great retelling of Cinderella. I love that she has her own magic and how the modern world is blended with the classic story.

I really enjoyed this book! It kept me guessing to the very end. The Narrator did a fantastic job with the different characters voices. And as always, I Love happy endings!

an amazing twist on cinderella

A new twist on Cinderella that takes you on a magical journey of self discovery, and love! I loved every second of this book! The author takes a classic tale gives it a new twist while brining it into a modern age. This makes the characters far more relatable and realistic while the narration breathes life into the characters in a truly charming fashion! I reccomend all those who fell in love with Cinderella listen to this book.....and even those who didn't!

This is a cute Cinderella meets magic version. The language is simple and the plot is straight forward. There was a couple of nice twists at the end. I would recommend this book to middle grade kids and younger teens. Narrator was a good match to the character and the voices were distinctive enough. #middlegrade #cute #tagsgiving #sweepstakes

Who doesn't love a Paranormal Cinderella?

I really enjoyed this YA novel and I was engaged the whole time. (even as an adult) Yes, it does have a Cinderella components, like the evil step mother and horrid step sisters, the being the maid/servant, the forgotten lost shoe, the midnight deadline to leave the 'ball', and of course a prince charming. The story is well written and outside of the Cinderella components, the plot keeps you guessing and wanting to see where it's going. After the first couple of introductory chapters, you pretty much forget that it's a Cinderella type story until the very end. Loved it! The narrator fit the story perfectly. Her voice was young enough sounding to fit the voice of a high school girl. Her expression and inflection was spot on the whole time. Voice changes were seamless and consistent throughout. Excellent!