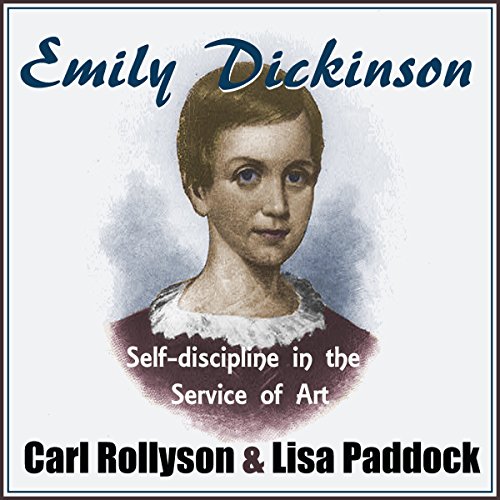 Emily Dickinson exemplified the virtue of self-discipline. She wrote poetry largely for her own pleasure, and to exercise and increase her creative talents. Very few of her poems were published during her own lifetime, yet we know that she wrote consistently - perhaps every day - over several decades. Poetry was her way of knowing herself and understanding the world. She could control and express her ideas and emotions through poetry, perhaps the most demanding form of writing.

What does it mean to be a disciplined poet? It means writing and rewriting poems until they seem to be as perfect as possible. Dickinson left behind many drafts of her poems - sometimes including alternate wordings, as if to acknowledge that her writing was still seeking perfection.

Dickinson's discipline was self-imposed. She met no publishing deadlines. She did not write for a patron who sponsored her creative efforts. She did not expect the world to acknowledge her poetry as soon as it was written. Yet now she is considered one of the greatest poets ever to have written in the English language. She valued the labor and the results of a job well done. Emily Dickinson is a model not only for writers, but for anyone who wishes calmly and determinedly to pursue a goal, even without the prospect of an immediate reward.

What listeners say about Emily Dickinson

This reads like a class paper for a masters student--lots of cherry-picked, unsupported generalizations of ED's life and connection to poems. You could find as much on Wikipedia. This is especially disappointing because author's other or k on Amy Lowell was so good. Save your money and time and read Lives Like Loaded Guns or All My Wars are Laid in Books.