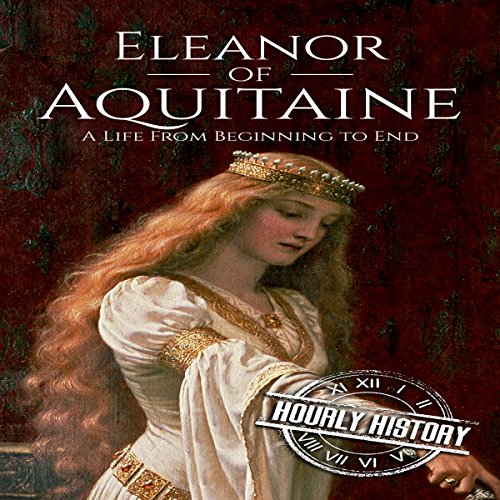 Eleanor of Aquitaine became the queen of both France and England, the wife of two kings, and later the mother of two kings. Heiress to the rich French provinces of Aquitaine and Poitou, she was undoubtedly one of medieval Europe’s most powerful and wealthiest women.

Inside you will read about:

Eleanor of Aquitaine has, not surprisingly, captured many imaginations. From inciting her sons to rebel against their father to the tale of her “courts of love”, where she reportedly fostered the idea of courtly love and promoted the arts, to her captivity and later tireless work to rescue her son Richard the Lionheart from his imprisonment, Eleanor’s life is a tangle of legend mixed with the struggle to interpret the sometimes scarce facts. This does not make it any less fascinating - or any less worthy of study. In this audiobook, you will find a concise exploration of the life of one of the medieval world’s most memorable figures.

What listeners say about Eleanor of Aquitaine

Good for the first time Reader.

T his is just a little bit about Eleanor of Aquataine, there's not much more about how she lived, her childhood and the lfe she lead all i know is she was a she was a great lady who i truly admired for the love& loyalty she have to her children. She crossed the Alps in freezing conditions in her 70it's to pay a ransome for her son's freedom. Patricia Welsh.

A Concise Biography of Eleanor of Aquitaine

This book offers a concise biography of Eleanor of Aquitaine focusing on the major events of her life. Eleanor of Aquitaine lived a long, full life so this book cannot and does not delve into too much depth. It is an overview rather than a detailed analysis and the narration is nothing special. Good for a quick listen if you are interested in this famous woman from the medieval era.

Eleanor of Aquitaine--What an amazing woman!

This book was such a delight from start to finish. It left me wanting more.

Good little read, didn't know a lot about her

Didn't know a lot about her before, have a general sense now. Was intrigued by description wife of two kings and then mother of two kings. I knew a little bit about Richard the Lionhearted, so interested to get an extra perspective on him and his family. Also, read that some of the Game of Thrones characters were loosely based on Eleanor of Aquitaine and her family.

Wish We Had More Documentation.