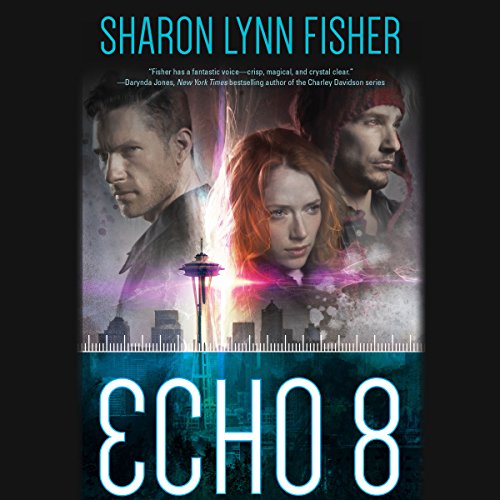 Three lives. Two worlds. One chance to save them all.

As a parapsychologist working for Seattle Psi, Tess has devoted her life to studying psychic phenomena. But when doppelgangers begin appearing from a parallel world that's been struck by an asteroid, nothing in her training will help her survive what's to come. After dislocating to Seattle Psi from the other Earth, Jake is confined by a special task force for study. But when he drains life energy from Tess, almost killing her, it causes a ripple effect across two worlds - and creates a bond neither of them expected.

Ross is an FBI agent ordered to protect Tess while she studies Jake. His assignment is not random - he and Tess have a history, and a connection the Bureau hopes to use to its own advantage. By the time Ross realizes his mission could be compromised, it's already too late - he'll have to choose between his love for Tess and his duty to protect the people of his own Earth.

What listeners say about Echo 8