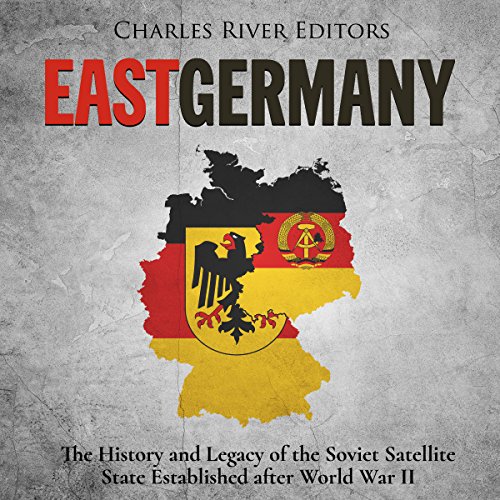 East Germany: The History and Legacy of the Soviet Satellite State Established after World War II

In the wake of World War II, the European continent was devastated, and the conflict left the Soviet Union and the United States as uncontested superpowers. This ushered in over 45 years of the Cold War and a political alignment of Western democracies against the Communist Soviet bloc that produced conflict with allies on each side fighting, even as the American and Soviet militaries never engaged each other.

Though it never got "hot", the Cold War was a tense era until the dissolution of the USSR, and nothing symbolized the split more than the Berlin Wall, which literally divided the city. Berlin had been a flash point even before World War II ended, and the city was occupied by the different Allies even as the close of the war turned them into adversaries. After the Soviets' blockade of West Berlin was prevented by the Berlin Airlift, the Eastern Bloc and the Western powers continued to control different sections of the city, and by the 1960s, East Germany was pushing for a solution to the problem of an enclave of freedom within its borders. West Berlin was a haven for highly-educated East Germans who wanted freedom and a better life in the West, and this "brain drain" was threatening the survival of the East German economy.

In order to stop this, access to the West through West Berlin had to be cut off, so in August 1961, Soviet premier Nikita Khrushchev authorized East German leader Walter Ulbricht to begin construction of what would become known as the Berlin Wall. The wall, begun on Sunday August 13, would eventually surround the city, in spite of global condemnation, and the Berlin Wall itself would become the symbol for Communist repression in the Eastern Bloc. It also ended Khrushchev's attempts to conclude a peace treaty among the Four Powers (the Soviets, the Americans, the United Kingdom, and France) and the two German states.

Things came to a head in 1989. With rapid change throughout Europe, the wall faced a challenge it could not contain, the challenge of democracy’s spread. On the night of November 9, 1989, the Berlin Wall was effectively removed from the midst of the city it so long divided. Of course, the Berlin Wall also literally divided West Germany from East Germany. Until the unification of the country again in 1990, East Germany was predicated on, fueled by, and in the end, contingent on, the superpowers' rivalry. The history of East Germany was a remarkable one, from its chaotic origins through its ossification as a Stalinist regime, until the country collapsed along with the Berlin Wall. And in many ways, the legacy of East Germany is still around today; not only is Germany still marked by the division, but in some respects, the old frontier still represents different expectations, social conditions, and worldviews.

East Germany: The History and Legacy of the Soviet Satellite State Established after World War II examines the controversial country and its place in the Cold War.

What listeners say about East Germany: The History and Legacy of the Soviet Satellite State Established after World War II

Many has forgotten this giant event and this description, although very superficial, gives the listeners a hint how things can be when totalitarian powers are in charge. in current times these things are an important reminder