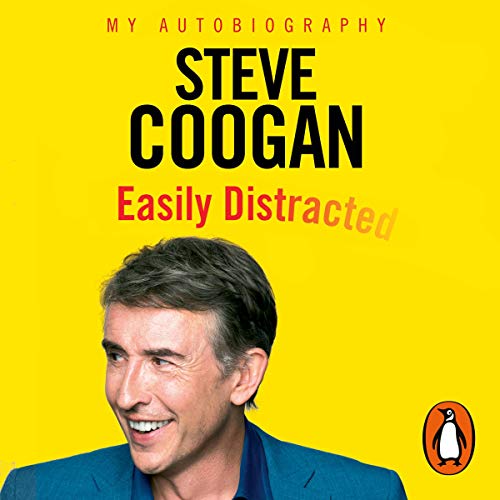 Steve Coogan was born and raised in Manchester in the 1960s, the fourth of six children. From an early age, he entertained his family with impressions and was often told he should "be on the telly". Failing to get into any of the London-based drama schools, he accepted a place at Manchester Polytechnic School of Theatre and before graduating had been given his first break as a voice artist on the satirical puppet show Spitting Image.

The late '80s and early '90s saw Coogan developing characters he could perform on the comedy circuit, from Ernest Moss to Paul Calf, and in 1992 he won a Perrier award with John Thomson. It was around the same time, while working with Armando Iannucci and Patrick Marber on On the Hour and The Day Today, that Alan Partridge emerged almost fully formed.

Coogan, once a tabloid fixture, is now a respected film actor, writer and producer. He runs his own production company, Baby Cow, and has a raft of films to his name (from 24 Hour Party People to Alpha Papa, the critically acclaimed Partridge film), six Baftas and seven Comedy Awards. He has found huge success in recent years with both The Trip and Philomena, the latter bringing him two Oscar nominations for producing and cowriting.

In Easily Distracted he lifts the lid on the real Steve Coogan, writing with distinctive humour and an unexpected candour about a noisy childhood surrounded by foster kids, his attention-seeking teenage years and his emergence as a household name with the birth of Alan Partridge.

Narrated by Steve Coogan himself.

What listeners say about Easily Distracted

Just before the release I went to see Coogan and Ianucci at a Guardian live event - a thoroughly enjoyable evening and one which boosted my expectations for the biography.

To be frank, the thing reads (or listens) like a string of reviews that Coogan wishes he'd received for his life's works. When he's not talking up his own book, he painstakingly tries to justify his Champagne socialist attitude to life with tenuous references to his childhood. And I really do mean tenuous. I'm a huge fan of just about anything Coogan has appeared in, but this just reeks of 'stocking filler'.

The narration sounds rushed and emotionless at points where he speaks of moments in his life where he cannot paint himself as a saint. But where he is pandering to himself, he takes his time and my word do those passages drag on.

Big fan of Coogan, not sure why he felt he had to write this; first half is about about his reputation and recent press privacy issues, second half is his uneventful childhood which is narrated in an Alan Partridge way.

Needless To Say I had The Last Laugh

Oh dear, I've been wanting an autobiography from the talented Mr Coogan for years and had high hopes after the excellent 'I, Partridge.' The book begins with Coogan waxing lyrical about the success of the film 'Philomena' and how his Catholic faith had shaped him. The Alan Partridge cinema movie 'Alpha Papa' was also mentioned.

Fast forward to chapter upon chapter of bulk concerning his childhood, all told in a flat, monotone manner with little interest or insight. I mean, unless we're talking about the material in a post ironic Partridge way, who on earth wants to know about 'built in obsolescence' or his parents' kitchen knives?

I wasn't keen on the way he denigrated some of his former 'Spitting Image' colleagues either. Some fellow comedians came out well though.

This should be called "easily forgettable"

I'm a big fan and barely anything interesting happens in this book. if you want to know all about his childhood, read away. If you want to know in more detail what happened to him after he left college (i.e. the naughty fun living bits) don't bother.

I wish I had never read it

What disappointed you about Easily Distracted?

I was a big fan of Steve Coogan. His comedy characters are seriously funny and I enjoyed his films, yes even the Parole Officer. I was looking forward to a bit of a giggle as I enjoyed I, Partridge immensely but it is so flat, and when he started banging on about press intrusion I'm afraid he lost me.
I knew nothing about anything he had purported to have done, except that Courtney Love thing and even then I thought it was probably made up. His mentioning of it in his book instantly made me look it up on Google to see what he was talking about. He didn't seem to be proud of anything he had done except possibly Philomena.
He was always seemed to be slagging people off, and appeared to be resentful of everything that had made him successful.

Would you ever listen to anything by Steve Coogan again?

Would you be willing to try another one of Steve Coogan’s performances?

NO ! Unless he was in character.

If you could play editor, what scene or scenes would you have cut from Easily Distracted?

I would make him perform it like he is proud to read it.

I wonder if it was his performance on the audio book that really did it though. The reviews for the book are much better and I feel like when someone says at the beginning of the book that they are just going to read it, mistakes and all they don't give a toss about their audience.

Well worth your time

Honest and entertaining throughout, an unflinching look back at Steve Coogan's life. I'd highly recommend this and his Alan Partridge audio books.

5 stars, seriously.. 5 stars should be saved for one of the BEST books you've ever read not this sort of thing. Is this really the one the finest works of literature that you've ever encountered? The 5 star review is fast becoming a meaningless barometer.

I loved getting to know a little more about Steve in his own words and not via a headline, even though he mentions some of the real headlines that are true. His narration is very gentle and engaging I thought he may have been a little over the top and really try to be funny but he didn't it was perfect. Just like any good book it has ended and you really wanted more.

shaky start to the narration, but did improve

I thorough enjoyed this audio book. I was a little concerned at the start that the narration was rather wooden, but quickly improved.

At the start Coogan sounded as boring and dull as his rant about being hounded by the press - which also seemed quite out of context.

Content regarding his formative years as a kid got a lot more interesting as did his delivery (clearly more passionate about this side of his life which came through in the narration cadence and inflection).

If you’re a fan of Steve Coogan’s, you must get this book. No further explanation necessary