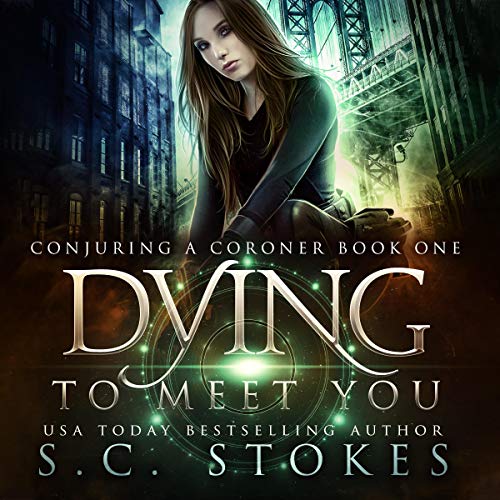 Dying to Meet You

Death comes for us all, and he’s dying to meet you. It’s the one rendezvous you’d rather be late for. Fortunately, Kasey is rarely on time.

A medical examiner for the city of New York, Kasey has a rare gift: prescience. Born a witch, she considered her gift nothing more than affliction that forced her to see visions of those she touched. But her new job changed all that.

Embracing her curse, Kasey uses her visions to solve murders in the city that never sleeps. But when the bodies on the slab start to look disturbingly more and more like Kasey, she’s left in a precarious situation: find out what these people have in common...or be the next to turn up dead.

Dying to Meet You is a gripping murder mystery wrapped in an urban fantasy adventure. If you love kickass heroines, powerful magic, and menacing mystery, you don’t want to miss this killer read.

What listeners say about Dying to Meet You