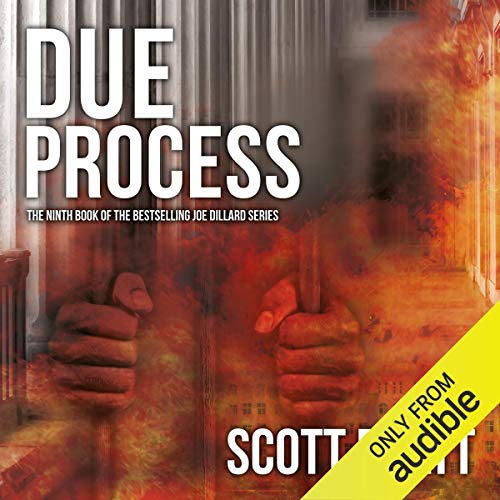 By: Scott Pratt
Narrated by: Tim Campbell
Try for £0.00

A young exotic dancer claims she was sexually assaulted at a party thrown by a university football team.

In the ninth installment of the best-selling Joe Dillard series, Dillard finds himself defending one of the players accused of assaulting the young woman. The case receives national attention, quickly escalating into a platform for deep-seeded division and hatred. It also ensnares Dillard, along with his son, Jack, and Charleston Story into a web of lies and deceit spun by a mysterious figure with a hidden agenda.

Meanwhile, his wife, Caroline, continues her fight against metastatic breast cancer, and his sister, Sarah, comes back into the picture. Culminating in a courtroom scene worthy of Perry Mason, Dillard must take on one of the most difficult cases of his career. Will justice prevail? Or will the weight of the criminal justice system grind Joe and his client to dust?

"Pratt's richly developed characters are vivid and believable, especially the strong Southern women who fight their male-dominated culture from behind a facade of vulnerability." (Publishers Weekly)

What listeners say about Due Process

Once again a gripping story performed by TC to his usual high standard, easy listening, picks up on previous happenings in the earlier books in the series and leaves it open, I hope, for further instalments.

Good book which is typical of Joe Dillard series

Good book which is typical of Joe Dillard series, would recommend to anyone who is a fan

Scott Pratt has written another really good book. I only wish it was a little longer. Even though it is only just under six hours there is a whole story here and nothing feels rushed.
I really like that Pratt addresses hot topics and this book has a few, including racism as the number one issue. This story involves the possible rape of a white woman by three black college men, the truths , the lies and the backlash.
Tim Campbell does a fantastic job narrating.
This book has my HIGHEST RECOMMENDATION.
If you found this review helpful please indicate so.
Thank You.

...series by Scott Pratt. Writing more about the plot is not appropriate because the publisher's summary sets Due Process up perfectly. I have all of Scott Pratt's legal thrillers in both the Joe Dillard and Darren Street series; all easily earn 5 stars. Tim Campbell narrates all nine of the Joe Dillard series novels and he is the voice of Joe Dillard. (Pratt also wrote a historical fiction novel titled River of Fire; the book is not nearly of the quality of his legal thrillers.)

I have really enjoyed reading the series and hope that it continues. The characters have all taken on their own path and it has been nice to get to know each of them.

Good plot, timely. Narrator captures the Southern accent perfectly. I enjoy all of the Joe Dillard books in the series. This family is like old friends. Happy to visit them anytime.

love this series. glad to see the story didn't end yet. also glad the same narrator throughout entire series as he does an excellent job.

Great addition to the series! Scott Pratt is a great storyteller! love the series

fiction in alignment with the challenges of today

This story has the spins and twists that I've grown to enjoy with the Joe Dillard series. Although Joe can initially come across as a little self righteous, he's experienced so much in his life that has shaped his unwavering belief system. As usual, Mr. Pratt invokes real situations that touch the lives of many. In this book, he takes on racism, the blue wall of silence, terminal cancer and black mail. My emotions went on a quite a roller coaster throughout this story and I find myself doing an internal review of my own private thoughts and beliefs. I think anyone who listens to this book will quickly find themselves entranced by the story, and attached to an outcome based on their own beliefs, experiences and values.

Good but shorter than I'd hoped

I love Scott Pratt and love all his books including this series. I binge listened to the first 8 and was spellbound throughout. Maybe it was because I didn't listen to this one immediately after finishing the last, but it seemed almost a little condensed. I usually listen to the audio speeded up a little so it made it seem even shorter. That being said, I love this series and definitely recommend it to anyone who enjoyed legal thrillers.

Pratt and Campbell, the dynamic duo!

I honestly love this series. Both the writing and the narration are excellent. The characters are well developed, especially if you’ve read/listened to the entire series thus far. Joe is smart, funny, and a good and decent man. He’s not perfect, but he’s the one you want in your corner. I’d like to be adopted into this brilliant, strong, ethical, and loving family.

Tim Campbell is perfect for Joe. I actually get lost in listening to him and forget he isn’t Joe! Sorry, Mr Pratt. I love Pratt’s writing and Campbell’s performance. They’re a dynamic duo. I’ll eagerly await the next installment.

another wonderful legal thriller with the twists I've become accustomed to from a Scott Pratt Joe Dillard novel! The narraration was top notch as well.