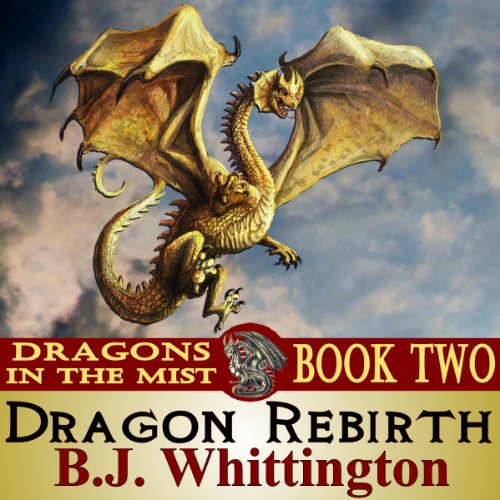 By: B. J. Whittington
Narrated by: Mike Ortego

Dragon Soul is the first book of the series, Dragons in the Mist. Dragon Rebirth picks up where Dragon Soul left off. The plot line intensifies, new characters are introduced and the arena for the battle with the creatures attacking the Palmir People broadens as the story progresses. Mixed in all this, there are poignant moments of loss, love, spiritual growth and maturity as the characters face their fears and find within themselves the means to survive and prepare to prevail against the incursions.

Dragon hosts transform into dragons to battle the influx of the Plague from the North, an invasion of the Volastoque - creatures whose primary goal is to annihilate the Palmir People.

The characters you learned to love in book one continue their preparations to defend the Palmir People against the incursion of the Volastoque. The hatching of the first dragon eggs in over three hundred years bring in new characters and twists that immerse the reader in the trials and victories of the culture and its people.

What listeners say about Dragon Rebirth