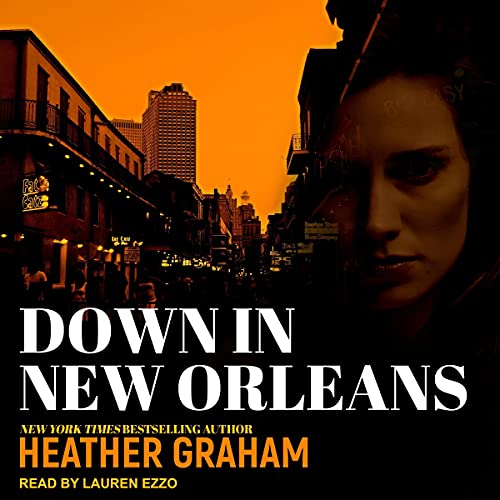 Down in New Orleans

By: Heather Graham
Narrated by: Lauren Ezzo
Try for £0.00

A woman plunges into the dark corners of the Big Easy to clear her ex-husband of murder in a novel by the New York Times best-selling author of Deadly Fate.

Ann and Jon Marcel are a rare case; five years after their divorce, they're good friends, and Ann has come to love Jon's hometown of New Orleans. Until the day Jon staggers through her door covered in blood and mumbling, "I didn't do it." Jon is charged with murdering a stripper, and in order to save him, Ann will have to dive into the sordid New Orleans underworld, looking for clues in erotic clubs and seamy jazz spots. And, if that weren't enough, she must deal with the resolute detective bent on bringing her husband to justice - the eagle-eyed lieutenant who dogs her steps and surfaces in her dreams. But despite her wavering affections, Ann has bigger concerns as she becomes embroiled in a fight not only for Jon's freedom, but also for her life.

Down in New Orleans is a thrilling tale of romantic suspense by the best-selling and award-winning author of the Krewe of Hunters series, called “a master” by Booklist.

What listeners say about Down in New Orleans