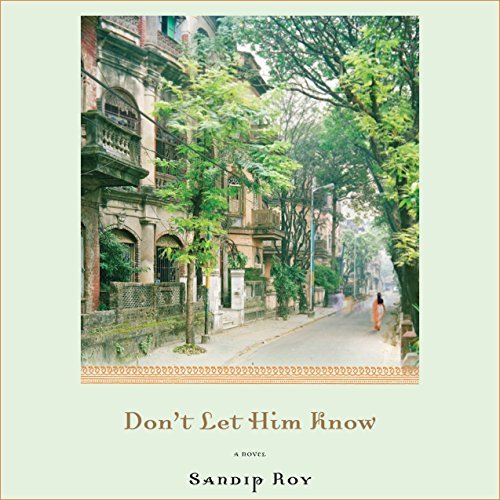 In a boxy apartment building in an Illinois university town, Romola Mitra, a newly arrived young bride, anxiously awaits her first letter from home in India. When she accidentally opens the wrong letter, it changes her life.

Decades later, her son Amit finds that letter and thinks he has discovered his mother's secret. But secrets have their own secrets sometimes. Amit does not know that Avinash, his dependable and devoted father, has been timidly visiting gay chat rooms, driven by the lifelong desires he never allowed himself to indulge.

Avinash, for his part, doesn't understand what his dutiful wife gave up in marrying him - the memories of romance she keeps tucked away. Growing up in Calcutta, in a house bustling with feisty grandmothers, Amit has been shielded from his parents' secrets. Now he's a successful computer engineer, settled in San Franscisco yet torn between his new life and his duties to the one he left behind.

Moving from adolescent rooftop games to adult encounters in gay bars, from hair salons in Calcutta to McDonald's drive-thrus in California, Don't Let Him Know is an unforgettable story about family and the sacrifices we make for those we love. Tender, funny, and beautifully told, it marks the arrival of a resonant new voice.

"Tania Rodrigues is a wonderful choice to narrate this story of repression, passion, and sacrifice because of the warmth in her tone. Through her subtle cadence, the listener is drawn into a culture in which silence, familial duty, and taboos prevail over individual rights. Rodrigues's Indian-accented English is believable and lends credibility to her characterizations of Romola, a widowed housewife who is coping with the memories of her husband's hidden homosexual passions." (AudioFile)

another great book by Roy

narrator was excellent with different voices. story was typical Roy, interesting, thought-provoking without any pat answers.

Story line very engaging and lyrical. The reader brought out the poetry of the prose. Few unsuspecting surprises as the story unfolds.

A vital and touching book, worth the listen

Sandip Roy's stories, which span decades and continents, are vivid, funny and touching, without any exaggeration or false notes. His family of characters, their hopes and dashed dreams are familiar and totally believable. The stories make it clear, in a simple, non-didactic way, what the cost of homophobia, entrenched stigma and rigid gender expectations is on people's everyday lives. A vital book, well worth the listen. Tania Rodrigues's narration is lively and engaging--she seems to really know the people in these stories--with a mellifluous voice that is easy on the ear.

A peak into Indo-American secrets

Delicious, just like a good hot curry! Midnight in the Garden of Evil-tandoori style...

Prim and proper Indian family discovers the patriarch had a taste for guys and dutiful matriarch knew all about it. Namaste indeed!