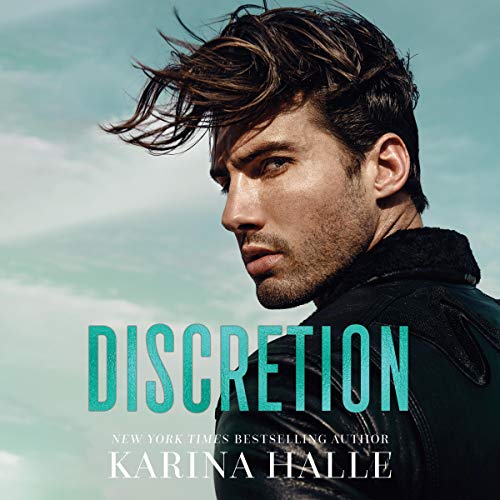 By: Karina Halle
Narrated by: John Lane,Summer Morton
Try for £0.00

From New York Times bestselling author Karina Halle comes a delicious saga of wealth, luxury, and scandal - and the wicked secrets of success behind an envied family dynasty.

The Riviera means indulgence - if you’ve got money. For Sadie Reynolds, a down-on-her-luck student, the Riviera means dingy hostels and back streets. When a wrong turn puts her in jeopardy, the last thing she expects is to be saved by the most handsome stranger she’s ever locked eyes with. When she later wakes up in a luxury suite with a Mediterranean view, she’s in the tender care of her rescuer: Olivier Dumont, France’s most eligible bachelor, billionaire hotelier, and heir to the Dumont fashion fortune.

Olivier also owns his reputation for scandal. But Sadie is unlike any woman he’s ever met. Her humble persona and wild innocence promise real passion. He’s promising Sadie something too: anything she wants. From Bordeaux to Cannes to Paris, Sadie’s past in America is swept away and replaced with a fantasy too good to be true.

Pulled into Olivier’s orbit of wealth, glamour, and excess, Sadie discovers that the Dumont dynasty comes with a legacy of wicked secrets. And Olivier’s secrets may be the most damning of all…

What listeners say about Discretion

Quaint sweet romance tale in the truest sense of the word. Handsome Olivier rescues damsel in distress Sadie, sweeps her off in his white Mercedes to hospital after she is mugged.

Funny, well crafted drama, with puns of language and culture beautifully narrated with fantastic accents from both readers is the icing on this very enjoyable cake. " 'oney I'm 'ome " is a phrase Sadie teaches Olivier. Olivier teaches Sadie that's he's no Phantom in the bedroom where they don masks for passionate play. There is no gateau at the chateau, but plenty of family strife on both sides of the carte to up the ante.

If you like this kind of romp, you will enjoy Reign by Roxie Noir, again with fabulous narration and accents.

Have to read! Sexy and Thrilling!

This book was incredible in the physical read through, but the audiobook is a whole extra level. The narration, particularly of Olivier, is absolutely delightful. HIGHLY recommend.

I loved this book so much! I need the next one now! Both of the narrators were amazing! Karina was amazing yet again!

This book has it all—love, family rivalry and a possible murder. Olivier and Sadie have undeniable chemistry. Their story had me captivated from the very beginning and the family aspect added a bit of suspense.
The narrators did an amazing job bringing the characters to life. John Lane’s French accent was award worthy. I will be seeking out more books narrated by him, it was that good.

Wow! I'm going to start off with the narration because it was amazing! I have heard both narrators before and while I always enjoy their narration they both left me completely stunned. They both are able to switch between characters so effortlessly and they both nailed the accent. It really brought the characters to life.

As for the story I was immediately drawn in by the mysterious Olivier. He was not at all what I expected and everything I never knew I wanted. He may not be perfect but as you get to know him you understand what motivates him. Sadie was a sweet girl who was swept away by the charming billionaire. The next book is about Olivier'd sister and continues the ongoing family drama/mystery that slowly unravels in this book.

Discretion has a strong start. A chance encounter brings billionaire Olivier Dumont and college student Sadie Reynolds together outside of Paris. The Dumont family is known for their handbags, perfume, haute couture. Sadie is backpacking through Europe alone after breaking up with her boyfriend mid way through their trip. Sadie is smart and sassy but also kind and sweet. Oliver originally comes off aloof and a bit snobby.

As I said, the story had a strong start. There is definitely chemistry between Sadie and Oliver but there are too many things happening. Too many questions and coincidences. The story kind of fell flat for me.

“The sooner I get on that train, the sooner I can go back to being a backpacker. That’s who I really am. I’m poor. I’m a struggling student."

I will say that narrators John Lane and Summer Morton do an amazing job of telling the story! John's french accent is HOT! Summer brings out the sweetness and emotion in Sadie.

I am a fan of Karina Halle and I will continue to enjoy her books. This one was just not quite for me. I will absolutely read Disarm, part two of the Dumonts duet. I am hopeful that the story will get a bit stronger.

Good book.
Not to be a spoiler, but I was hoping the old man would fake his own death in order to out his brother's blackmail. Ending left enough for at least one sequel.

A chance encounter that turns into a whirlwind romance. This was not what I was expecting but once we got to know Olivier and his dysfunctional family we realize he has some skeletons in the closet and there are reasons for everything.

Well 🙊 Karina Halle knocked it out of the park with this story. I absolutely loved EVERY 👏🏼SINGLE👏🏼THING👏🏼 about this story.

First. I read this story via audiobook. I have never listened to narrator John Lane before and his voice is like sexy butter. Just this smooth, beautiful sounds coming out of my earbuds that I never wanted to stop. Sweet lawd. I could have him read me the obituaries and I’d be sweating.

Olivier was this rich, powerful man that had everything to look forward to and was never above anyone. However, being apart of the powerhouse that is the Dumont family game and fortune there are many things that are lost on him. That is until he meets American tourist Sadie and rescues her from an awful situation. Together they bring out the absolute best in each other. I loved that this couple never turned on the other or had this horrible situation that drew them apart and they had to find their way back to each other. From day one, both are unwavering in their faithfulness in the other. It’s immediately this fantastically strong relationship that must fight thru and prove to everyone around them they cannot be broken.