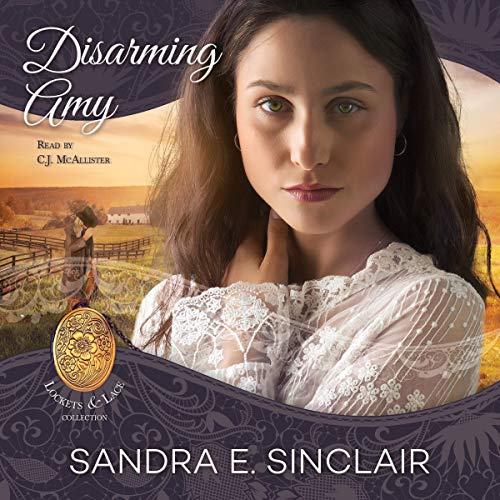 He wants to be free. She wants the future she planned.

Amy Wheeler has her life mapped out. She’ll marry her fiancé, move east, and start her new life in Maine. The secret contained in the belly of a fish will halt those well-thought-out plans and change the course of her life.

Eugene Collart-Acus is an obedient son and sole heir to a growing dynasty. The problem is, the things his father wants for him, are at odds with what he wants. If Eugene wants to live a life governed by his own rules and go against his controlling father’s wishes, he must strike out and find his own way in life.

Fate throws these two together. Their futures are aligned, but sparks fly, antipathy grows, and emotions run high as they are thrust unwillingly into each other’s lives. Complications mount up. Eugene and Amy fight their attraction for each other amidst the animosity and burning passion raging between them.

What listeners say about Disarming Amy

Do people like you for yourself or for your wealth

Eugene, (Gene), had come to a cross roads, continue being the dutiful son and have his father further his wealth through Eugene's arranged marriage to a woman Eugene disliked, intensely. Or, go out and find his own wife, his own destiny.
Yeah, not a difficult decision really, so, together with his best mate, he went exploring, incognito, to find some one that loved him for himself and not his wealth and name.
It is an amusing tale, of how he encounters his lady of choice, it definitely a story to read or listen to.
I enjoyed it, I believe if you enjoy this genre, then you should enjoy this tale.

Listened to this one on audio. It was a good book. I couldn't get into it for some reason.

Another wonderful story by Sandra E Sinclair that had me hanging on to every word! Eugene was expected to marry a woman he would never be able to love... Just so his father would gave more wealth and prestige. He decided he would set out on his own and find a woman who would want him... just for him. Of course his best friend Toby was going with him (oh I want to hear Toby''s story!) so they set out,
Amy Wheeler lives with her sister Millie and father on his ranch. Her life is pretty straight forward. She is going to marry Seth who had been her friend growing up and move to Maine for his job. When Gene and Toby end up at her father's ranch helping as ranch hands, Amy & Gene's paths collide and their journey begins.
A grandmother, cousin and locket all bring out a past that change several lives and the path they will take.
I can only say again, C J McAllister is my favorite narrator and is perfect for this author's amazing stories. I actually may have to start over and listen to them all again! I was also happen for a character Cal to make an appearance. Perfect!