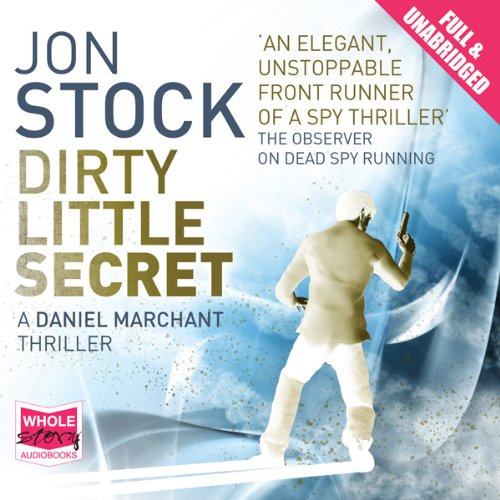 The special relationship between London and Washington is in tatters. Salim Dhar, the world’s most wanted terrorist, has disappeared after an audacious attack on an American target in the UK. The CIA believes Daniel Marchant, renegade MI6 officer, was involved. But Marchant has a bigger secret: Dhar has agreed to work for MI6. In return Marchant must help him with a final strike against America. Should Britain sign up to this Faustian pact or hunt them both down? Intelligence chiefs are divided. Does loyalty to one’s country come above all else, whatever the price?

........ great story to complete the trilogy BUT, oh dear what have you done with Paul Panting who had a superb mastery of the accents required. Colin Mace had a good English voice but the American accents are........... rubbish! So sorry as I really enjoyed Paul Panting

Best listened to in sequence, this is a fast moving and well written yarn that keeps you hooked. Not high-brow literature but a cut above many others.

The best thriller I,be listened to for ages good storyline great pace believable characters just hope there's a follow up as it was left on a cliffhanger.